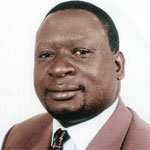 A good idea that ‘con men’ left in ruins

One of the big new items coming out of the recent visit by President Uhuru Kenyatta to China was the revelation that the government is now thinking about investing money in the old metre gauge railway.

I found my mind flashing back to the messy experiment we tried in 2006 when we handed over the running and management of the old metre gauge railway line to a concession owned by South African Roy Puffet.

I remembered how Mr Puffet made a big fool of us by making us believe that he had the wherewithal — both capital and management expertise — to do a better job at running the company than our home-grown managers, who had been running it all along — the likes of the late Julius Mimano, an engineer I still regard to have been the most successful CEO of the company ever.

The first move Mr Puffet made after moving in and taking over as chairman and chief executive of the corporation was to commit Rift Valley Railways (RVR) Kenya to a management agreement with Johannesburg-based shelf companies that belonged to him.

That agreement allowed him to repatriate (on a monthly basis) millions of shillings to the South Africa-based shelf companies.

The contract also allowed him to kick out our local engineers and other staff and to replace Kenyans with hordes of South African expatriates.

And, the agreement catered for heavy management fees.

Under the contract, Mr Puffet’s Johannesburg-based shelf companies were entitled to an amount equal to two per cent of gross aggregate revenues of the company as reflected in monthly management accounts.

Thus, by tying fees to revenues, Mr Puffet made sure he was able to earn millions from the company regardless of whether or not RVR was making profits.

After milking the company dry, Mr Puffet sold the concession to the Egyptian private equity firm, Citadel Capital, making millions from investing nothing in Kenya and Uganda.

The Egyptians who replaced him were a bunch of smooth-talking investment bankers who only came in to — like vultures — circle the carcass and wipe the railway assets we had built for many years out of existence.

The biggest single investment they made in the company was purchasing 20 locomotives.

A forensic investigation by the World Bank’s Integrity department showed that the investment in the 20 locomotives was worthless.

On examination by local engineers, the locomotives turned out to be life-expired and, therefore, not in working order.

What is my point in narrating the RVR concession story? First, we must accept that we made a fatal mistake by handing over the management of a valuable national asset to con men.

Mark you, the international valuation company, Ecorys Nederland BV, which was contracted by the government to specifically value the assets in 2006 came up with a figure of $808 million (about Sh80 billion).

And having run down the asset for in excess of 15 years, without any substantial investment on the permanent way, on wagons, on locomotives or on signalling equipment and systems, isn’t it just too late to start talking about reviving the old metre gauge railway line?

Experts will tell you that the design of the metre-gauge, and its current state of disrepair, limits it capacity to deliver speed — rendering the line incapable of meeting the future demand for railway transport in both the country and the region.

Indeed, when you look at trends, such the rapid growth of freight throughput from the port of Mombasa, and the rapid growth in import volumes by regional users of the port — countries like Rwanda, South Sudan, Ethiopia, Burundi, Northern Tanzania and DRC — the inescapable conclusion is that it is in Kenya’s long-term interest to keep the focus extending the standard gauge railway from Naivasha to Kisumu and to Malaba.

I find the plan to extend to Kisumu and build a new port on Lake Victoria to make a great deal of economic sense.

If it works, the Kisumu port will become the beachhead for regional traffic across Lake Victoria, to Northern Tanzania — and through River Kagera to Rwanda.

More important, we will have created a second corridor, through the lake, into East Africa.

That would be an alternative route we can use just in case Uganda decides to pull another oil jetty move on us.

We can argue and debate about expensive Chinese loans. We can debate economic viability of the project.

But, I have over the years seen large infrastructure investments criticised for low economic viability, only to later turn out to be very successful in the long run.

Occupants of Grafions Apartment awakened by a loud bang.