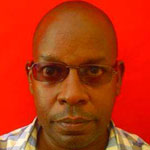 Attwood, first US envoy to Kenya and his book that angered Kenyatta

By KAMAU NGOTHO
More by this Author

Any time soon, the new US ambassador to Kenya, Mr Kyle McCarter, will be handing in his credentials to President Uhuru Kenyatta at State House, Nairobi. He is not a total stranger to Kenya, having worked with a charity organisation whose head office is in Tharaka-Nithi County.

Neither will Mr McCarter, the 17th ambassador to represent his country in Kenya, be first to have personal attachment with the host country. The 14th ambassador, Michael Ranneberger, married a Kenyan woman and has a holiday home in Malindi.

But it is the first US ambassador to Kenya, Mr William Attwood, who went a notch further. He had bought 50 acres in Karen, Nairobi and intended to retire in Kenya.

At the expiry of his term, President Jomo Kenyatta was pleased to hear so and teased him: “I am told you’re coming back to live here. Take up Kenyan citizenship and we might appoint you our ambassador to the US.”

But that wasn’t to be. On return to the US, Mr Attwood, a career journalist, published a tell-it-all book called The Red and the Blacks: A personal Adventure that annoyed Kenyatta’s government so much that it was banned in the country and he was banished from ever setting foot in Kenya.

The highlight of Attwood’s book was an expose on an alleged plot by Vice-President Jaramogi Oginga Odinga to overthrow Kenyatta’s government.

He wrote: “The first indication I had from Kenyatta that he didn’t trust Jaramogi was in mid-June when he called me over to discuss outside financing of Kenya’s politicians … I agreed with him that all aid to independent Kenya should go through the government.”

“But what about Odinga’s subsidies from the Chinese and Russians?” “I know about them,” said Kenyatta.

“I have already called in their ambassadors and told them to stop. He (Kenyatta) asked whether the United States could provide the police with some planes to increase its mobility in case of a Zanzibar-kind of uprising (there had been a military coup in the islands). Murumbi (the Foreign minister) pointed out that Odinga’s home base was four hours by road from Nairobi. I promised to forward the request to Washington.”

The ambassador further wrote: “Odinga and his backers were in position to stage a coup. They had the weapons and enough people in key places, such as the radio station, to conceivably seize power in Nairobi in the event Kenyatta was assassinated.

"They might not have succeeded in the long run, but the potential was there. Odinga’s blunders, and those of his communist backers, opened the eyes of a good many hitherto complacent Kenyans and put the security forces on their guard.”

“ … On May 17, a convoy of 40 trucks loaded with Chinese weapons was intercepted by Kenyan police after they crashed through a roadblock at night while on transit through Kenya from Tanzania to Uganda. The convoy and its cargo were impounded and the Uganda drivers taken into custody. Kenyatta was shocked that he had not been informed about the convoy or its cargo; he called it “an act of criminal folly” and refused to release the convoy or the drivers until Obote (the Uganda president) came to Nairobi to explain and apologise. The fact that the trucks were passing through Odinga’s home area gave rise to rumours that this was their destination …”

“…. On the seventh, a Chinese pamphlet printed in Albania and circulated in East Africa was banned by the government for advocating the overthrow of Kenya’s present leadership.

‘‘On the night of the eighth, troops surrounded the building where Odinga had his office and impounded several dozen crates of small arms, including grenades and machine guns, stored in the basement. A second raid on another cache took place two days later.”

“On the eleventh, one of the East European envoys, alarmed by the raids, informed the government that he also had several crates of weapons stored in the embassy and would like to get rid of them.

The police quickly obliged. On the thirteenth, the government requested all embassies to report whether Kenyan students in their countries were receiving military training.”

“Murumbi (the Foreign Affairs minister) told me that hundreds of young men had been secretly sent to communist countries by Odinga and the whole matter was “under investigation”.

On the fourteenth, a Soviet freighter, the Fizik Lebedev, appeared in Mombasa Harbor with a cargo of heavy weapons and tanks destined for Kenya.

The shipment seemed to take the government by surprise. So did Soviet military team of 17 technical “advisors” who suddenly arrived by plane two days later and moved into the Panafric Hotel.

Kenyatta refused to allow the ship to unload its cargo before it was inspected. The Russians replied that no “white” officers could inspect the weapons, which were to be turned over to “Africans” only.”

“By now Kenyatta and his ministers were developing a slow burn; he concluded the Russians were trying to put something over on him (as indeed they were — the military mission was headed by a KGB general.

‘‘He (Kenyatta) sent Brigadier Hardy, Bruce McKenzie, and Dr Mungai, minister of Internal Security and Defence, to Mombasa to see what was aboard the (Russian) ship. The military mission (Russia's) was given 24 hours to get out of the country. Ambassador Lavrov (Russian envoy to Kenya), after a heated session at State House, became unavailable for comment. The Russians had blundered again in figuring they could infiltrate Kenya’s armed forces with a gift of old weapons.”

“There was more to come …. On May 4, diplomats were ordered to restrict their movements to within 10 miles of Nairobi and to request permission to travel outside this limit two weeks in advance. But the order was aimed solely at the Chinese and Soviet bloc embassies.

“Meanwhile, Kenyatta asked London to assign a British officer, Brigadier John Hardy, as a commander in-chief of the Kenya Army. Other British officers were put in charge of the air force and navy. Few African leaders except Kenyatta could have afforded to take these precautions against a coup without being accused of selling out to “neo-colonialism.”

Interestingly, the US ambassador was friend to vice-President Odinga much as he was close to President Kenyatta. He wrote: “Odinga came to my house for a stag dinner while Kenyatta was in London.

He was delighted to hear me say that I thought tribalism was one of Kenya’s biggest problems … the conversation then ranged far and wide. It was hard not to like him (Odinga) … he enjoyed political give-and-take and none of us minced words …. though he deftly evaded our questions about the alleged “plot” rumours.”

Ambassador Attwood was also very much at home with ordinary Kenyans. He wrote of one Kenyan called Sammy, a political activist in the league of today’s Okiya Omtatah, who he came to know when he led a demonstration outside US embassy offices, and demanded audience with the ambassador, which was granted. Afterwards, the activist would telephone the embassy to complain about whatever it is that bothered him. One day he telephoned the ambassador and requested audience.

“Sammy”, I said, “How many people (demonstrators) are you bringing this time?” He laughed.

“This is a personal call”, he said.

So he came over and told me he was getting married. It would be a big wedding up in Nyeri but he didn’t have enough buses to transport all the guests.

He was to ask all his friends, like me, to help him out.

“I told him I was sorry we had no money for social events, also it could embarrass him politically if it was known he had taken money from the American embassy.

“Ah, but no one has to know,” he said. I was adamant but I agreed to provide a bottle of bourbon for the reception since we were friends. “That would be fine”, said Sammy with a grin.”

Sammy promised to return the favour by inviting the ambassador back to Kenya once he retired for a goat-eating party in Nyeri, where he would be served mutura (Kenyan goat sausage), a delicacy the ambassador had come to like.

But with him declared persona-non-grata in the country, there was never a chance to partake of Sammy’s mutura.

In the first five years of Kenya’s Independence, the country was held hostage by Kenyatta/Odinga political feuding.

Three in court for plan to free two Iranians from jail

The men allegedly were willing to spend $150,000 to get the terror suspects out.

The DPP wants major reforms in the public sector in order to win the fight.