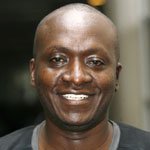 Africa 5,000m champion Edward Zakayo and USA-based 800m athletes Emmanuel Korir and Michael Saruni are likely not to participate in the Athletics Kenya trials for the African Games starting Thursday at Kasarani.

Zakayo, who is also the World Under-20 5,000m champion, said despite having taken part in two Diamond League events in Rome and Rabat, he will not have fully recovered fully to race in the "energy-sapping national trials.”

“I had not recovered fully from an illness just before Rome, but had to compete since I had signed or the race. I wanted to test my body in Rabat, but despite winning I still feel not strong for the trials,” said Zakayo.

“Kenyans trials are no joke hence I don’t want to embarrass myself running in the semis and finals.”

Zakayo, the Commonwealth 5,000m bronze medallist, finished seventh, but with a personal best in Rome on June 6, before winning in Rabat on Sunday in a slow 13:11.49.

The African Games are planned from August 23 to September 3 at the Moroccan city of Casablanca.

After missing the World Cross Country Championships in Aarhus, Denmark in March, Zakayo said he wants to fully focus on qualifying for the World Championships planed from September 28 to October 6 in Doha, Qatar.

“Ï felt bad after I missed the World Cross having lost one shoe during the trials hence I want to prepare well for Doha.”

Saruni’s coach Paul Ereng disclosed that his athlete, who boosts of a personal best of 1:43.25 set last year, wanted to focus on the Adidas Boost Boston Meet that went down on Sunday.

Ereng, the 1988 Olympics 800m champion, said that his athlete can’t make the African Games trials due to logistics, but is focused in making the World Championships team after missing out in 2017 London.

“Every training and racing Saruni is doing now is geared towards his preparations for the World Championships trials,” said Ereng, who hinted of Saruni doing one of the big races probably in the Diamond League ahead of the Doha trials.

The Adidas Meet on Sunday was Saruni’s second race of the season, coming four months after he turned on the clock to set a new Africa record with victory in 1 minute and 43.98 seconds at the Millrose Games in New York City on Saturday.

Korir, the 2018 Continental Cup 800m winner, said he is not sure if he will be available for the trials after finishing second in Rabat on Sunday, losing to Nijel Amos from Botswana by 0.03 seconds.

”Ï am not sure if I will make it for the trials,” said Korir, the national 400m champion.

Athletics Kenya director in charge of competitions, Paul Mutwii, indicated that any athlete who has been convicted of any doping offence has not been invited for the trials.

At the same time, Mutwii said that athletes who have been affected by the new hyperandrogenism rule that restricts testosterone levels in female runners, will only take part in the required events.

Maximilla Imali will now only take part in 100m and 200m and not her 400m specialty, while it’s not know which event the 800m athlete Margaret Nyairera will compete in.

“We are just being cautious since we don’t want to provoke anything negative reaction from the IAAF,” said Mutwii.

Claims of dispute have rocked the Jubilee government.

Why new teachers are leaving profession