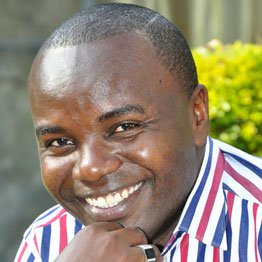 When the government, through the Kenya Revenue Authority and Kenya Bureau of Standards sought to clamp down on both tax evasion and counterfeit goods, little did it foresee the mess that would unravel at the Nairobi inland container depot (ICD).

At the centre of this crisis is consolidated cargo brought in by small-scale traders. Authorities insist this cargo must be inspected, even when it had been subjected to the process in the country of origin by Kenya Bureau of Standards-appointed agencies.

Consolidated cargo is the term for when importers pool parcels to form one consignment, which is often declared as belonging to one importer at the port of destination or de-consolidated into the original individual consignments for delivery to the respective owners.

About 1,000 containers belonging to small traders are being held at the ICD on suspicion of tax evasion and bringing counterfeit goods into the country.

The magnitude of the problem came to the fore past week, when Kenya’s President Uhuru Kenyatta made impromptu visits at the depot two days in a row and ordered the vetting and registration of all import and export cargo consolidators to root out tax evaders.

“There are people who bring in goods in containers, claiming they are transit goods while their real motive is to evade tax. That is not right and we will not allow it,” said President Kenyatta.

He added that only genuine consolidators gazetted after the vetting process will be allowed to work with the small-scale traders in the import/export business, a development that is not only designed to curb the importation of counterfeit goods but also to speed up cargo clearance at the depot. Kenya’s action on consolidated cargo comes weeks after Uganda implemented similar tough measures to seal tax leaks.

In April, Uganda banned brokers, unlicensed clearing firms and unauthorised declarants in the consolidated cargo supply chain from the importation and clearance of consolidated goods.

But streamlining the processes at the Nairobi depot may be a tall order due to lack of proper cargo clearing guidelines.

Other than Kebs and KRA, the other key government agencies operating at the ICD are the Kenya Ports Authority and Kenya Railways. KPA is pushing for a process where containers can be cleared within four days after arriving at the ICD, but the requirement of verification has made it impossible due to duplication of the roles of KRA and Kebs officials.

“KPA is offering four days of free storage at the ICD and our target is for verification to be done within those four days,” said KPA operations manager William Ruto. But clearing cargo within four days has become impossible due to physical and manual re-inspection and verification of goods by Kebs KRA officials.

Wanja Kiragu, operations director at the East African Online Transport Agency, says that clearing cargo should be supported by laws that define the roles of each agency, otherwise the crisis will persist.

For consolidated cargo, verification is complicated by the fact that some importers collude with consolidators to evade taxes through underdeclaration of cargo and importation of counterfeits. This has forced Kebs and KRA officials to intensify the crackdown through manual verification of each container and its cargo, a process that takes even months.

“Although the president gave a directive for containers to be released in three weeks, the process remains the same because it cannot be circumvented,” said William Ojonyo, Kenya International Warehousing Association chairman.

Mid last year, Kebs and KRA came up with new rules that require that all consolidators for both air and sea cargo register with the standards agency and have their goods inspected under a new procedure.

The procedures stipulated that all consolidated cargo must be inspected in the country of supply by Kebs-appointed inspection agents and issued with a Certificate of Inspection (CoI) before shipment to Kenya.

The decision to inspect the goods before they leave the country of supply was seen as critical to fighting counterfeit and illegal imports, saving the country money spent in destroying the consignments.

“The issue of double inspection, both from the country of origin and locally, is worsening the problem at the ICD,” noted Mr Kiragu.

China Certification and Inspections Group Company and Société Générale de Surveillance SA of Switzerland were suspended for failure to inspect goods before they were allowed into the country. The two were also accused of failing to seal inspected containers, which Kenya says was done to facilitate entry of substandard and illicit goods.

East Africa has become a hotbed of illicit trade, with the Uganda, Tanzania and Kenya governments estimated to lose $1.4 billion, $1.5 billion and $350 million respectively.

Plans to raze a section of forest sparks debate over land ownership and how it should be used.