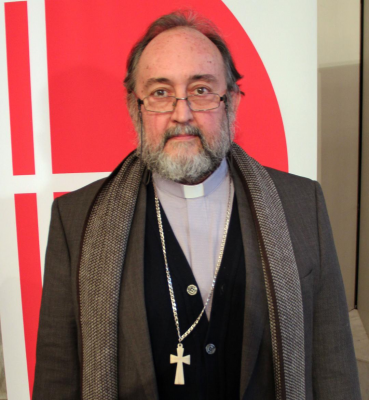 The Gulf states – with the complicity of Islamic nations in Africa – stand accused of masterminding a "secret agenda" to invade the Central African Republic (CAR), drive out non-Muslims and divide the country in two. But, making the claim, Bishop Juan José Aguirre Muñoz of Bangassou has vowed that the Church would never leave the country and remains committed to helping the poorest of the poor and building bridges with Muslims.

In an interview with Catholic charity Aid to the Church in Need, Bishop Muñoz condemned what he called a "secret agenda" involving the Gulf states as well as "countries hiding in the shadows" such as Chad, Niger, Sudan, Libya and other Islamic nations in Africa. The bishop said: "Thousands of mercenaries – most of them foreigners – have invaded the country from the north aided by the Gulf states and by Chad and with the complicity of other countries… such as Sudan and Niger. "Their aim is to divide up the country and they are helping themselves like pitiless predators to the mineral wealth of the country" he said.

Accusing the Gulf states of supplying weapons, munitions, vehicles and logistics, the bishop said the attacks "were aimed at expelling the non-Muslims from the areas [the mercenaries] have conquered, and ultimately they are seeking the partition of the country". Insisting that religion was not the sole root of the conflict between Ex-Séléka and Anti-Balaka militant groups, he said many militia have been in the pay of foreign powers.

Describing how the civilian population of CAR "were being massacred" by attacks, he spoke of multiple violent incidents creating thousands of refugees. Highlighting an attack last year in Nzacko, he said mercenaries "drove every non-Muslim out of the town so that the non-Muslim population have now lost everything, and many of them even their lives.

"The Catholic mission was completely destroyed, razed to the ground – the presbytery, the operating theatre, fully equipped for major operations, the Catholic school, the old church and the new one – we feel especially persecuted by these radical Muslims."

But paying tribute to the courage of priests, seminarians and catechists who "remain there resolutely, like pillars of bronze, in some of the most difficult regions," the bishop declared the Church's determination not to be cowed by the violence. Stressing the Church's commitment to orphans, rape victims, the old and sick, he said: "Even though the NGOs are leaving for the sake of their own safety, the Catholic Church will always remain on the spot, alongside the poorest and most deprived." He said across his diocese, "many Christians have died a martyr's death".

The bishop paid tribute to ACN saying: "ACN is part of the miracle [of the Church's continued presence and outreach] because you are helping us to encourage these exiled families to return and to rebuild their homes, helping school children, orphaned and refugee children."

We Need Your Support

ICN aims to provide speedy and accurate news coverage of all subjects of interest to Catholics and the wider Christian community. As our audience increases – so do our costs. We need your help to continue this work.