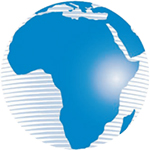 By PSCU
More by this Author

China has assured Kenya of its support during elections for a non-permanent seat on the United Nations Security Council (UNSC) scheduled for June next year.
Speaking on Monday when he paid a courtesy call on President Uhuru Kenyatta at State House Nairobi, Chinese President Xi Jinping’s special envoy Wang Yong said China believes that Kenya is better placed to voice Africa’s interests at the UNSC.
“We firmly support the reforms of the UN Security Council and believe that Kenya will help to increase the voice of African countries at the UN Security Council,” Mr Wang said.
The Chinese special envoy, who is in the country to attend the launch of the Standard Gauge Railway freight service from Nairobi to the Naivasha Inland Container Depot, congratulated Kenya following its endorsement by the African Union to vie for the UNSC non-permanent seat.

On trade, President Kenyatta and Mr Wang agreed on the need for the two nations to explore more areas of cooperation and deepen private sector engagement.

Mr Wang said China is working on an arrangement that will see more of Kenya’s exports get into the expansive Chinese market.

He cited the lowering of taxes on frozen avocados from Kenya from 30 to 7 percent, saying that is one way of ensuring Kenya’s products have increased access to the Chinese market.

Mr Wang also assured President Kenyatta that China is keen on encouraging more of its people to visit Kenya as tourists in a bid to grow the people to people interaction between the two countries.

President Kenyatta commended the partnership between Kenya and China especially on infrastructure development, saying the infrastructure projects are geared towards stimulating the country’s economic growth.

The President and the visiting Chinese special envoy also discussed cooperation between the two nations on security, education, science and technology.
Mr Wang was accompanied to State House by the Chinese Chairman of State Asset Supervision Commission Hao Peng, Chinese Ambassador to Kenya Wu Peng and Deputy Secretary General of State Council Meng Yang among others.

The new government has pledged to end conflicts in regions including Darfur.

Malaria remains a threat despite gains