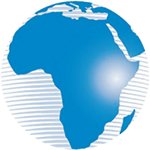 Relatives and clansmen demand access to the judge's house for meetings.

63 MCAs voted to remove the county boss, 28 were absent, one voted no.