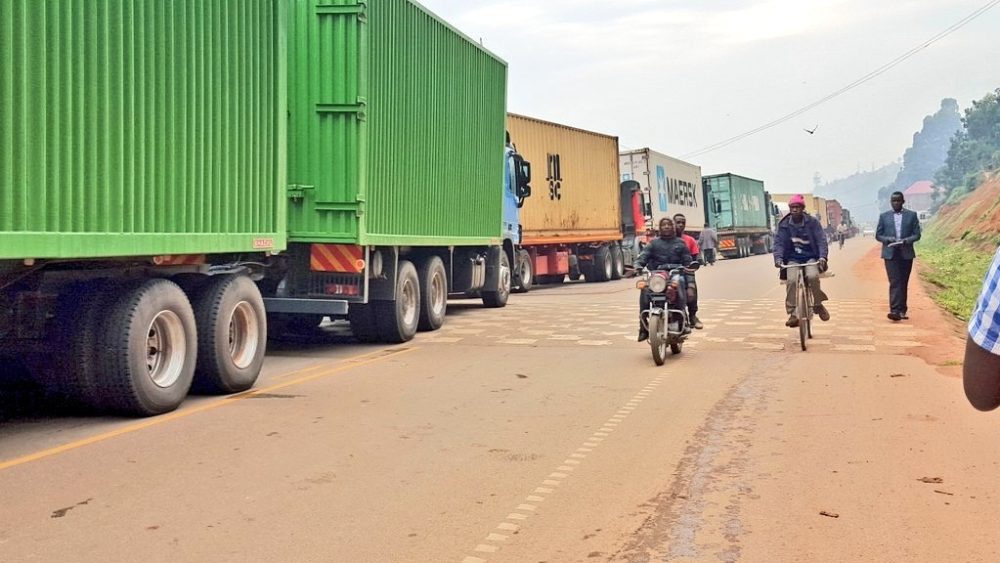 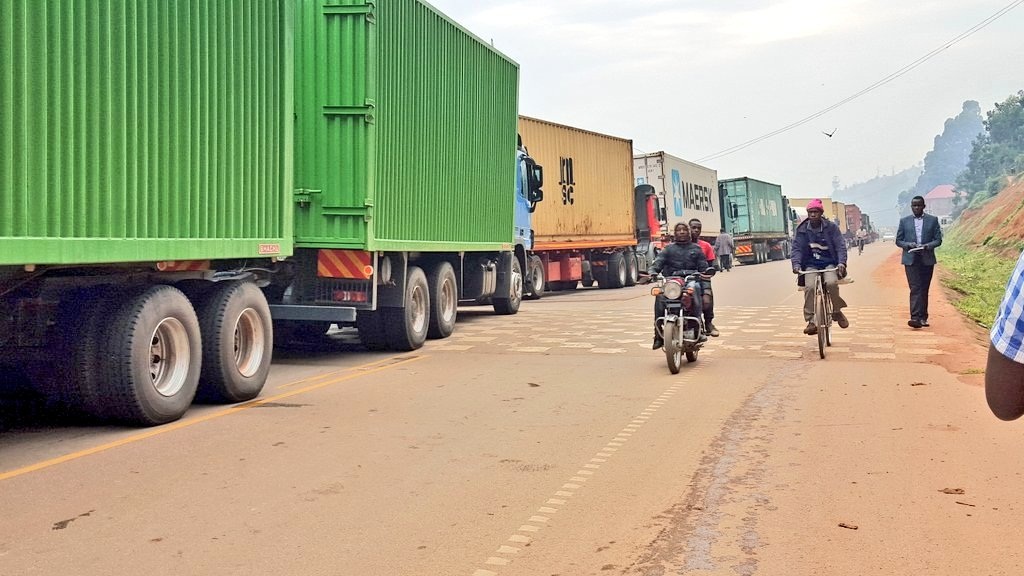 At the border between Rwanda and Uganda. Credit: Uganda Media Centre.

Uganda and Rwanda’s relationship hit a new and worrying low last week when Kigali closed its main border with its neighbour.

This move was the culmination of rising animosity over a few years now. Rwanda accuses Uganda of sheltering its dissidents, some of whom it has allegedly forcibly repatriated in the past. Meanwhile, Uganda accuses Rwanda of planting spies in its security apparatus several of whom it claims to have arrested or deported.

These tensions were reflected in the war of words that erupted recently between the two presidents. “You can attempt to destabilise our country, you can do us harm, you can shoot me with a gun and kill me. But there is one thing that is impossible,” said Rwanda’s President Paul Kagame at a government retreat this weekend. “No one can bring me to my knees.”

President Yoweri Museveni similarly declared: “Those who want to destabilise our country do not know our capacity. It is very big. Once we mobilise, you can’t survive.”

A few weeks ago, Ugandan trucks had reportedly been stopped to border points, leading Uganda to advise traders to transit to Rwanda via the Democratic Republic of Congo (DRC), but last week crossings came to almost complete halt. Rwanda shut the border and advised its citizens not to travel to Uganda for safety reasons.

This dramatic move has created huge disruptions to cross-border trade and people’s lives on both sides. Many Rwandans depend on Uganda for food and medicines, for example, while cargo porters and currency traders’ livelihoods have been put on hold. Following the initial closure, some Rwandans continued to sneak into Uganda by crossing the rivers at Gatuna and Mukensiyoona, but Rwandan authorities have since destroyed those bridges.

The two countries have so far shown few signs that they are able to break the impasse or resolve their differences. When Rwandan authorities criticised their counterparts for detaining Rwandans, for example, the Ugandan government simply refuted the claim, leading to a further entrenchment of their positions.

It does certainly seem to be the case, however, that Uganda has been busy with a counterintelligence operation for the last two years. These efforts have led to the arrest of senior Uganda security officers including former chief of police General Kale Kayihura. The once highly-influential head of police was arrested last June and charged with aiding and abetting the forced repatriation of Rwandan nationals along with nine others. Several other agents allegedly acting on behalf of Rwandan intelligence have been secretly arrested and expelled. They have been accused of being members of a network of sleeper cells conducting covert, surveillance, kidnappings and assassinations of political dissidents.

Following these deportations, government-leaning media platforms speculated that Tabura and her colleagues had been deported because they had paid off Rwandan spies in Uganda using MTN’s mobile payment system. The Ugandan government further accused MTN officials of engaging in alleged espionage activities by wire-tapping top officials’ telephone conversations.

Rwanda hit back, accusing Uganda of having removed several Rwandan citizens under questionable circumstances. “I have written to [the Ugandan government] and asked why they are deporting Rwandans,” said Rwanda’s High Commissioner Maj Gen Frank Mugambage. “I have not got any answer.”

Rwanda and Uganda are close neighbours, both economically and culturally. Uganda has often hosted large numbers of Rwandan refugees and is still home to around one million Rwandan descendants who are constitutionally recognised as one of Uganda’s indigenous peoples. Several of Rwanda’s ruling elites today, including President Kagame, previously lived in Uganda, while the now ruling Rwandan Patriotic Front’s (RPF) campaign to take power in 1994 was launched – and received significant financial and material support – from Uganda.

Since 1998 when their armies clashed in the DRC, however, Uganda and Rwanda have had a love-hate relationship with several ups and downs. Today’s relations represent a notable low in this long history, though a full-blown conflict remains implausible. It is possible, however, that the tit-for-tat could create security problems for a region already fractured by periodic episodes of civil conflicts and socioeconomic collapse. The breakdown of ties also threatens to jeopardise progress on regional cooperation and integration. Both countries are members of the common market and single customs territory framework under the East African Community (EAC).

In the past, Kagame and Museveni have managed to resolve past disputes due to a willingness on both sides to engage. What makes the current dispute troubling is the lack of effort at the political level to resolve the impasse. Already, Ugandan government officials have said that they have been directed by Museveni not to respond to Kigali.