Blog
SIMPET GROUP / Uncategorized / Drone Rangers: Thousands Of Lives Will Be Saved By Drones In The Next 5 Years
Apr 01 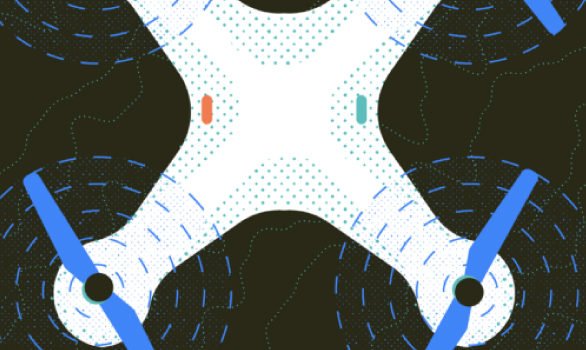 Drone Rangers: Thousands Of Lives Will Be Saved By Drones In The Next 5 Years Drone Rangers: Thousands Of Lives Will Be Saved By Drones In The Next 5 Years

Once thought of as a niche toy for early adopters, drones can now be found buzzing over parks, in select cities, and are even being increasingly used for video production as the popularity of aerial photography soars. However, drones aren’t only for fun and entertainment, and the high-pitched hum of their spinning propellers could replace the wail of ambulance sirens for global citizens as drones are put to work for humanitarian purposes.

In March of 2017, DJI, the manufacturers of the most popular commercial drones, published a report about drones’ life-saving capabilities, citing cases in which drones manned by volunteers or bystanders were used in emergency situations like floods and avalanches, resulting in 59 life-saving rescues in China, Canada, the US, and Turkey. Given that it takes 25 people 35 hours to search one square mile for missing persons, compared to the 30 minutes it takes a drone to cover the same area, regardless of treacherous conditions on the ground, drones are uniquely suited for search and rescue, even when piloted by hobbyists. Based on the increasing trend of drone use in the last 10 months covered by the report, DJI estimated that drones would be directly responsible for saving at least one person per week in the future.

But an eye in the sky at the right place and right time during natural disasters or search and rescue operations is far from the only way drones have saved lives and will continue to do so in the future. Drones specifically developed to deliver medical supplies to underserved areas have become a humanitarian and medical logistics industry of their own, replacing inadequate ground transportation infrastructure to become an essential part of the global healthcare system. These developments in drone delivery point to a future in which thousands, if not millions, of lives are saved by the intervention of unmanned aerial vehicles. One of the most notable pioneers in outfitting the medical supply chain with drones is Zipline, a company based out of California that forged a deal with the Rwandan government in October of 2016 to supply blood, plasma, and platelets to 21 hospitals. As of April 2018, this program has been considered a massive success, and Zipline’s drones have flown 4,000 flights, covering 300,000 kilometers and delivering 7,000 units of blood, a total of 20–25% of the national blood supply outside Rwanda’s capital city Kigali. Out of those 4,000 flights, 1/3 were a direct response to an emergency situation that without a timely delivery of blood would put lives in danger, so they can comfortably be estimated to have already saved at least 1,333 people in 2018.

In its attempts to distribute supplies to 10 million Rwandans, Zipline designed a custom aircraft that is more efficient than any commercially available drone, capable of flying four times faster than the average quadcopter and serving an area two hundred times as large. The Zip aircraft was named one of TIME’s best inventions in 2018, in part because Zipline has continued to iterate and improve on its design over the past two years. These optimizations decreased the waiting time between an order from a hospital for blood or medical supplies and its fulfillment from 10 minutes to 1, cut delivery time to a consistent 30 minutes or less, and increased its number of daily flights from 50 to 500. Its efforts increased hospitals’ access to blood products by 175% and, thanks to its supply chain built in consultation with Rwanda’s medical professionals, reduced waste and spoilage by 95%.

In August of 2017, the company expanded its operation to Tanzania and broadened its inventory beyond blood products to include emergency vaccines, HIV medications, antimalarials, antibiotics, lab reagents, and surgical supplies. In Tanzania, it seeks to serve another 10 million people with 2,000 deliveries per day to 1,000 facilities across the country. Based on the success of these life-saving endeavors in Africa, Zipline has set its sights on US territories as well, pending the approval of the Federal Aviation Administration. A similar endeavor by Matternet, another Silicon Valley drone startup, launched in Malawi in 2016. 10,000 children per year in Malawi (more than a school bus full per week) die from being born HIV positive, in part because diagnostic methods that rely on ground transportation often don’t confirm necessary treatments for up to eight weeks. Matternet’s aerial transportation of HIV blood test samples demonstrated the potential for a dramatic reduction in this crucial window of time and they expanded their operations hospitals in Switzerland, and UNICEF has continued the initiative to improve Malawians’ health prospects by opening a drone testing corridor in Malawi for additional projects.

Netherlands-based Wings for Aid have been developing drones that can carry even heavier loads further, and Vayu, backed by Doctors Without Borders and the Bill & Melinda Gates Foundation, has run successful trials in Madagascar. And although it may seem from the numerous initiatives that have launched in the wake of Zipline’s success, medical supply chains are a $70 billion dollar global industry and billions of people are still unable to access adequate health care, leading to the deaths of 5.2 million children per year, so there is currently no danger of overcrowding in the health care logistics skies.

In the future, drones could deliver medical technologies that have yet to be invented, much less tested and regulated. As one example, an organ transplant delivery system proposed by graduate students competing for the UAE’s Drones for Good award in 2015 was quickly snapped up by a Chinese manufacturer and US biotechnology company to be put into use within the next 15 years. The reason for the long timeline is that part of the plan is to grow the organs themselves in pigs — or grow pig organs in labs that would be compatible for human use.

While drone transportation regulations and medical advances evolve exponentially side by side, “eyes in the sky” could take on a literal meaning with time-sensitive corneal transplants enabled by aerial transport, and grow to include hearts, livers, and lungs on top of the existing blood and medical supply chains. A recent test by the University of Maryland found that kidneys can already be transported in stable condition by a DJI M600 Pro drone.

Over 34,000 organ transplants were performed in 2017, and 20 people each day died waiting for one. If this number were cut in half, over 3,650 more lives could be saved each year by speedy organ transplantation. And with millions of people in countries with limited ground transportation infrastructure getting medical supplies through initiatives like Zipline’s, the number of lives saved by drones in the next five years could reach tens or hundreds of thousands.

Drone companies to keep an eye on:

DJI — makers of the most popular drones on the market

DroneSAR — creators of drone software for use in search and rescue

This series of articles has been prepared with the support of our partner Viessmann , which has celebrated 100 years of its company in 2017 and is actively involved in positively shaping the next 100 years.

Subscribe to The Beam for more on the topic.

Read more from The Beam.

The Beam The Beam Magazine is a quarterly print publication that takes a modern perspective on the energy transition. From Berlin we report about the people, companies and organizations that shape our sustainable energy future around the world. The team is headed by journalist Anne-Sophie Garrigou and designer Dimitris Gkikas. The Beam works with a network of experts and contributors to cover topics from technology to art, from policy to sustainability, from VCs to cleantech start ups. Our language is energy transition and that's spoken everywhere. The Beam is already being distributed in most countries in Europe, but also in Niger, Kenya, Rwanda, Tanzania, Japan, Chile and the United States. And this is just the beginning. So stay tuned for future development and follow us on Facebook, Twitter, Instagram and Medium.