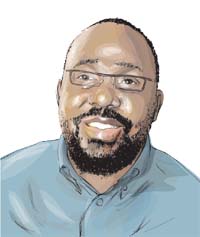 Observers predicting the slow death of democracy in the region.

Opposition leader was expected in Juba in May but says his security is not guaranteed.