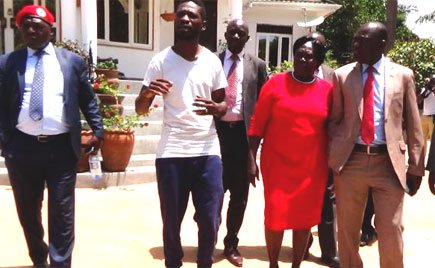 After admitting that he was among the people who buried Uganda Airlines in May 1999, President Museveni vowed to make sure that the new national carrier doesn’t fail.

In his first “Kisanja Hakuna Mchezo” (term of no jokes) address to the new Cabinet on June 23, 2016, Mr Museveni called the lack of a national airline “a big shame,” and criticised the Kenyan, Ethiopian and South African “brothers” for ditching the comradeship and instead opting to exploit Ugandans.

The president would direct the Minister for Works and Transport, Ms Monica Azuba to conclude discussions with investors to help Uganda start a national airline as a matter of urgency. After years of consultations, the first two of the four Bombardiers CRJ- 900 jets finally arrived in the country on Tuesday to the delight of Ugandans.

Some say Uganda Airlines is good for national pride but in reality, faces a bleak future on account of the unresolved routes, ground handling services, how to deal with the regional competition and other aspects of the business.

But former Minister Rose Akol Okullo, who worked with Uganda Airlines between 1994 and 2000 as Senior Internal Auditor asked Ugandans to be patriotic and give the new Uganda Airlines managers time to develop its routes based on trust and performance.

“It takes time for the travelling public to accept and trust,” she warned.

For the national carrier to succeed, Ms Akol explained that particularly Uganda Airlines has to sign bilateral agreements, subscribe to International Air Transport Association (IATA) and do a lot of ground work to succeed. The IATA supports aviation with global standards for airline safety, security, efficiency and sustainability.

“Government may have to reconsider for Uganda Airlines to own ground handling, catering services and the Galileo reservation system all currently under private ownership. This will make the airline self-sustaining over time,” Ms Akol advised.

She added: “I hope a Cargo plane is part of the plan. Ugandan fruits and vegetables are on demand in Dubai, UK, Emirates and Qatar among other countries where Ugandans work.”

Ms Akol was responding to former Bunyole MP Emmanuel Dombo who had dismissed the new Uganda Airlines as a major player in a highly competitive business and insisted that its revival was “just for patriotism sake”.

The Uganda Airlines, which was established in May 1976 under the Idi Amin government, was in 2001 liquidated over heavy debts that stood at a tune of more than $6m (about Shs21billion). The debt had been reduced from $12million (42.8billion).

The death of Uganda Airlines, a painful reality, did not settle in well with a number of stakeholders, who immediately blamed NRM government for deliberately killing the airline. But without shouldering any responsibility for its death, he blamed mismanagement and admitted taking part in the burial of Uganda Airlines.

The suspect who looked composed, was cautioned by Mr Okidi not to plead to the grave offenses