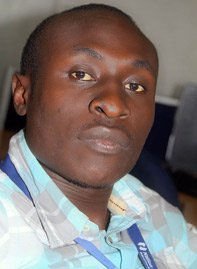 Fraudsters’ paradise: Inside the world of fake gold, currency dealers

A complaint by a reveller in an upmarket restaurant on Nairobi’s Galana Road, eight days before Christmas in 2017, could have sounded alarm bells about Mr Kevin Obia who was charged this week for threatening a security guard with a gun.

It was about 5.30am on December 17 when a series of tweets by a user known as @mama_thea alleged that Mr Obia had harassed her together with her friends after they refused his advances.

By day break, the complaint had started gaining traction online forcing the club’s management to issue an apology.

“We are deeply sorry about your horrible experience. Kindly explain to us what happened so that we can pick it up with the team in question,” responded the club.

By all accounts Mr Obia, who only frequents high end night clubs, is no ordinary Nairobi reveller. Together with his circle of friends they often post pictures on social media showing off huge amounts of money and expensive drinks.

Night clubs love them, blogs are not sure whether to refer to them as socialites or “flashy businessmen” and celebrities want to be associated with them.

They withdraw their firearms at the slightest provocation and always seem to get away with it despite Kenya’s tough gun laws. However, behind the façade of expensive clothes, jewellery, cars and beautiful women is a questionable source of income that has been an open secret in Nairobi for the last few years.

Mr Obia and a good number of his friends are all facing charges in court related to swindling people by pretending to be in a position to sell gold at discounted prices. Mr Obia himself is facing charges of obtaining Sh13.7 million while his close confidant, Mr Jared Otieno, is in court for obtaining Sh22 million. Politician Steve Mbogo was also charged with Sh100 million fraud while Mr Sameer Munyinyi has been charged with defrauding a businessman out of Sh27 million.

How they continue to operate freely despite facing such charges is a puzzle that can only be answered by how well-connected some of the suspected fraudsters are within the security apparatus and politics. What’s more, the same individuals are often involved in multiple con schemes.

Yet from an office at Nairobi’s 5th Ngong Avenue, business continues as usual until one of them gets arrested — yet again — for swindling someone or for threatening to shoot someone.

Police, however, disagree that the group which refers to itself as ‘ballers’ is untouchable even as Nairobi continues to gain a reputation of being East Africa’s fraud capital.

“I want to believe as a service it is within our limits to crush any fake gold or cash syndicates that come up,” police spokesman Charles Owino told the Sunday Nation.

The upsurge of discoveries of fake currency notes (referred to as wash wash) and gold in recent days has, however, raised speculation that the extent of fraud syndicates in Kenya could be worse than previously thought.

At least Sh35 billion worth of fake dollars has been found by police in the last one month.

A police source aware of the goings-on in the fake gold and currency business told the Sunday Nation that at least one Cabinet Secretary and several young MPs are involved.

Just last week, a Toyota Land Cruiser belonging to an MP from western Kenya was flagged down for a traffic offence in Lavington. The MP was not in the car and the person driving it took off forcing the police to tow it to a police station. On inspection, some gold pellets and fake dollars were found in the car. The MP had to intervene to have the car released to him. We cannot name him as he was not charged.

It is however Monday’s discovery of Sh2 billion of counterfeit dollars and fake gold bars at Barclays Bank’s Queensway branch in Nairobi that showed how smart and daring the suspected con artistes have become. One theory is that the removal of a senior police officer could have left the gangs of fraudsters exposed.

“There could be new entrants but there is also a possibility that these same criminals used to have protectors. You know the criminal fighting regime has changed. You will see more of these gold and fake cash busts by the police. That one I can guarantee,” says Mr Owino.

The Central Bank of Kenya (CBK), does not usually comment on cases involving counterfeit foreign currency and it is difficult to know how the fake currency is affecting the economy or Kenya’s reputation.

The Director of Criminal Investigations (DCI) George Kinoti said that investigations on the money and dollars found at Barclays Bank could lead them to something big.

All the suspects in the case are still in custody after police asked and were granted more time to continue holding them. Consequently Barclays has suspended the safe deposit box service.

“Be patient, this thing is very big. Give us time. We’ll update you with the information in due time,” the DCI said.

Gold scammers mostly offer gold to foreign buyers at heavily discounted prices. It is a criminal activity that requires heavy investment including having actual gold that is shown to clients when they arrive in the country.

Kenya is not a mass gold producing country. According to the World Gold Council, the country had an average of just 1.76 tonnes of gold reserves and only 160 kilos of the precious metal was mined last year. However, a quick search online would make you think the country is in the middle of a gold boom with purported sellers, smelters and even refineries competing for buyers.

Once in the country, those lured by the gold scammers are given first-class treatment from the airport to being booked into five-star hotels and being provided with an array of beautiful women for company.

The scammers have even made arrangements with cargo companies at the Jomo Kenyatta International Airport (JKIA) for temporary storage of the ‘gold’ that is shown to the clients.

The Sunday Nation is also aware of a particular official at the Mines and Geological Department at the Ministry of Mining who is working in cahoots with the cartels to give fake examination results for the ‘gold’ in order to dupe clients.

Once a potential victim shows interest in the gold, the con artistes ask them to pay upfront export processing fees after being provided with documents that look genuine.

And in order to evade detection, the scammers ask those they intend to con to deposit money in client accounts opened by lawyers.

Four lawyers, including the daughter of a former high ranking police boss, are the go-to people for gold scammers who want to avoid detection.

We have during our investigation obtained an escrow account agreement signed on April 10 last year.

“The funds owner shall send to the escrow agent a sum of USD 100,000 (one hundred thousand dollars only) hereafter referred to as the ‘escrow’ funds,” reads the contract.

It is not clear whether a Mr Ivan Van Lommen who is named in the contract as the representative for Investment Factory ever got his gold.

Those who eventually go through the entire process and receive deliveries in their home countries find themselves with worthless pieces of gold-coloured scrap metal.

Most of the cases about gold scammers never make it to conviction in court after the complainants are frustrated by the police in cahoots with the legal system.

To date no modern-era gold fraudster has been sent to jail. Paul Kobia, for example, a man whom the United Nations named as a mastermind of the fake gold trade — purporting to get the precious metal from the Democratic Republic of Congo — had his charges dropped by the police in unclear circumstances. He has also been involved in gun drama.

As the most recent suspects in the fake money and gold case wait for their day in court, DCI detectives continue to build a case they hope will shed more light on the “fraudsters’ paradise”.

Is Nairobi a den of global fake currency cartels?

The Kenyan capital has been rocked by cases of vast sums of money being discovered by police.

David Musila has always been the ultimate insider as his new book, Seasons of Hope, shows.

American wanted over murder living large in US

Is Kenya Sevens on its death bed?

What really happened to Kenya Prisons in Cairo?