Blog
SIMPET GROUP / Uncategorized / From the frying pan into the fire: Which way Kenya Airways?
Apr 16 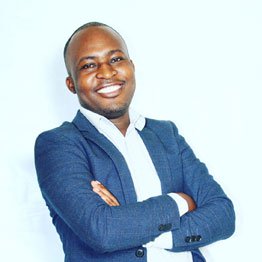 From the frying pan into the fire: Which way Kenya Airways?

By PAUL WAFULA
More by this Author

After last week’s events, Sebastian Mikosz may now need the courage of a magician to deliver his promise at Kenya Airways. #ticker:KQ

When he was named the KQ boss in 2017, most managers at the airline started preparing for tough days ahead. But few knew just how tough it was going to get.

It was clear the national carrier needed a firm and decisive manager to fly it out of the turbulence that had seen it dice with insolvency.

In Sebastian, Kenya Airways had not just found an experienced manager, it had sourced for a chief executive officer who had built a reputation of doing the near impossible.

He was the perfect fit, to do what must be done, including taking the painful decisions such as letting some employees go if it is what was needed to keep the airline in the skies.

He was expected to start by cutting and dropping unnecessary baggage the airline had accumulated over time in wasteful expenditures.

With two dogs, the Polish flew to Nairobi to start his three-year term, well aware of the challenges he needed to surmount to pull the airline out of a painful streak of five year losses.

Sebastian had done it in the past when he was the president of LOT Polish Airlines, the flag carrier of Poland.

When he first spoke to reporters, he came out as a man determined to do it again, here in Nairobi, thousands of kilometres away from home.

And the man who speaks fluent French, English and Russian in addition to his native Polish, quietly got down to work. It would not take long before his firm hand was felt within the rank and file of the airline crew.

In addition to cumulative losses of over Sh50 billion that Kenya Airways was struggling with at the time of his arrival, regional airlines had joined forces with Middle East carriers to eat KQ’s lunch from right under its nose.

Ethiopian Airlines, which was half its size in 2010, had grown exponentially, outpacing KQ by three times.

All indications were that it was not about to stop its march to control African skies, by bringing the battle at its rival’s doorstep in Nairobi.

Its fiercest rival, Ethiopian Airlines, which had the backing of its government, was growing by 20 per cent, Qatar by 12 per cent, and RwandAir by 22 per cent.

Whereas Kenya Airways was adding one destination every year to its 53 routes at the moment, Ethiopian was growing its route number at a faster pace to 131.

Turkish and Qatar airlines, which are seen as KQ’s peers, had in excess of 302 and 150 routes respectively.

Today, Ethiopian has approximately 100 aircraft in service and 49 on order. Kenya Airways has instead been reducing its fleet size to just 40 and has none on order.

“It is worth mentioning that due to current network structure, specific commercial needs and cost-efficiency analysis, Kenya Airways decided to sublease three of the 777-300ER to Turkish Airlines and one 787-8 Dreamliner to Oman Air to avoid the burden of costs of aircraft that can’t be utilised efficiently at the moment,” the airline stated.

The airline has also been losing its best pilots and engineers to its Middle East rivals, who came knocking with a better promise of pay.

Kenya Airways argues that the ground is further made uneven by the shareholding structure of its rivals.

Its main competitors, Ethiopian, RwandAir, and the three Gulf carriers have are all 100 per cent State-owned.

This means that to compete them, KQ needs the kind of muscle that only governments can offer.

“All have engaged in aggressive growth strategies focused on volume and market share,” Kenya Airways says in its written submissions to Parliament’s Transport, Public Works and Housing Committee last week, in which it laid its case.

Another headache on his table was the fact that unlike his competitors, Kenya had liberalised its aviation space, making it easier for rivals to fly into the country and fly out its customers.

It does not enjoy the same privileges, it says. A weaker Kenya Airways only made work easier for Sebastian’s competitors and by the time he was fully in charge, the writing was on the wall.

Its competitors were determined to take advantage of its deteriorating financial health and find more room to further decimate it.

But 21 months into his term, Sebastian finds himself at a crossroads. His house of cards appears to be crumbling.

His biggest blow came last week when the government appeared to have a change of heart on its planned merger with Jomo Kenyatta International Airport (JKIA), which it was hoping to use to turn around its fortunes.

Kenya Airports Authority (KAA) did not help after it questioned the financial viability of the deal given that KQ was the one in problems. Unions have never been on its side.

Back at home, Sebastian is finding himself more and more isolated as unions appear to be losing their patience.

Instead of focusing on the turnaround strategy, Sebastian has found himself having to explain just how much he and his expats earn.

He flew in with a team of Polish expats, described by insiders as his ‘kitchen cabinet’ that were initially thought to be needed for just six months. But their skills remain wanted at the airline almost two years later, to the chagrin of union officials.

First, union officials, who have kept him busy, accused his executive team of earning too much and overstaying their welcome. They first announced shocking figures of how much he and his team of expatriates earn. Sebastian would, swiftly hit back, denying the claims.

His style of leadership has also come up for scrutiny in recent months. Insiders say his management style is attracting as many admirers as it is earning him enemies.

There are those who find him a little detached from the bulk of his workforce.

A senior manager at the airline says those who love him do so with a passion and those who have fallen out, hate him with comparable measure.

A number of managers who spoke to Smart Company on condition of anonymity say he is fast losing touch with a cadre of staff, who may end up sabotaging him.

“He rarely holds meetings with staff. Not the kind of town hall meetings that Mbuvi (Ngunze) used to hold every month to update staff and get alignment on what is going on. And when he does, the meeting does not always end well,” says the manager.

“The guy does not interact with staff, he has a clout of mercenaries who go around the organisation behaving like spies and reporting to him what they find,” says yet another staff.

We put this allegations to the airline and through its communication department. It promised to respond. But three weeks later, it had not done so. But it was Sebastian who first trained his guns on the airline staff.
In an earlier interview with this writer, he said his staff needed to change their attitude towards work and shift from the ‘State corporation workers’ mentality and adopt the private sector mentality to recover lost market share.

Sebastian also defended his strategy, which he maintains, is working. But it has not worked at the pace he needs to fly KQ out of the loss making territory.

His quick wins include finalising the deal that saw banks convert their debt into equity, lifting a repayment burden that was choking its cash flows.

He also counts the direct flights to the US started by the airline as another feather in his cap.

He inherited part of the strategy that he found working from Mbuvi Ngunze, his predecessor, who was hounded out of office at the height of the airline’s losses.

Its loss after tax was reduced by 28 per cent after managing to cut its overheads by 20 per cent. In the first half, the airline says it generated Sh52 billion in revenue.

“At the same time, our cost base has been significantly impacted by the rising fuel prices in the global markets.

However the company has managed to amortise this growth through reduction of costs including direct operating costs and overheads,” the firm states. As a result, it ended up its first half of 2018 with Sh4 billion loss.

Sebastian also believes he has one of the most diverse leadership teams in the industry. He has a British chief information officer, a German chief compliance officer, a Kenyan chief finance officer and chief human resources officer, a Dutch chief operating officer and himself, Polish.

Another headache he has to deal with is the wage bill. The airline says its captains on average earn Sh1.6 million per month while its more experienced captains, who fly wide body planes, take home about Sh1.8 million a month.

Captains within their peer group, such as the United Arab Emirates, Kuwait, Lebanon, Mauritius, Qatar and South Africa take home about Sh1.5 million per month despite coming from countries with higher GDP per capita than Kenya.

If the airport merger deal collapses, then Sebastian may need to wave a new magic wand to deliver his promise of reviving Kenya Airways, or at least leaving it on stable financial footing.

Laikipia seeks to reap from direct flights to US

Kenya to buy 200m litres of milk from EAC

Kenya is not self-sufficient in production due to rising consumption, KDB says.

County monitoring situation to ensure cholera does not spread to coastal town.