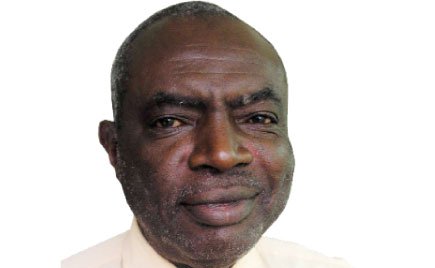 Going digital has potential to leapfrog Uganda’s economy by gigabytes

On Saturday, May 10, West Nile and Karamoja, were officially connected to the National Infrastructure Backbone (NBI) at a colourful public launch ceremony in Koboko District, opening the gateway to affordable and faster Internet connection for the people of the sub-regions.

On May 15, several heads of state, international captains of industry, and international financiers, including the World Bank’s Senior Vice Presidents for Africa and Infrastructure, gathered in Rwanda’s capital Kigali for the 5th edition of the Transform Africa Summit to discuss how to transform the continent into a single digital market.

The two events – while miles apart – are connected by a single vision: To find better ways of leveraging information and communication technologies to improve the lives of citizens, ease the cost of doing business through innovation, and make government work smarter, deliver essential services faster, efficiently and more transparently.

The global digital economy is estimated at $11.5 trillion. It offers enormous opportunity for Uganda, and the African continent to leapfrog its development to improve the lives of present and future generations. The African Union is already well-ahead in promoting the All Africa Digital transformation initiative agenda, which aims to connect every African individual, business and government by 2030.

The World Bank is proud to be a leading partner to the African Union, and to have been working with many countries to bring all of Africa online. Twenty African countries, including Uganda, have already been connected to the rest of the world with submarine cables, improved backbone infrastructure, and bandwidth affordability using sustainable public-private partnership arrangements.

For countries to reap the full benefits of the digital economy and mitigate any associated risks, they need to invest in five key foundations.

Other foundations include building the digital skills to enable people to thrive in a digital economy; creating an enabling environment for boosting digital entrepreneurship; promoting African digital platforms for both government and private service delivery; and developing digital payment systems that empower all to take part in the new economy.

Building the foundations for Africa’s digital economy transformation will require investments of up to $80b. While government’s role is important in establishing the appropriate legal and regulatory environment for a vibrant, inclusive and safe digital economy, it is the private sector that will drive it forward through investment, expertise and knowledge.

In Uganda, good progress is being made on all these fronts, but much more can be done. Protection of data privacy to safeguard against unauthorised access and disclosure is still lacking, but efforts are ongoing to strengthen implementation of the laws and policies to make sure they are adequate.

From our standpoint, the Digital Uganda Vision being developed is well aligned, setting an ambitious way forward. Uganda’s geographic position also requires strong regional cooperation and integration to boost its own development and that of its neighbours.

The National Backbone Infrastructure that the Bank is financing through the Regional Communications Infrastructure Project with a credit of $75m forms a key part of realising this goal in Uganda and will contribute enormously to moving Uganda towards the single digital market.

For instance, the phase four connectivity to West Nile also extends coverage to large parts of South Sudan and eastern DR Congo, creating more opportunities for cross-border trade and services as well as promoting further investment in towns and rural areas within the region, which remains among the poorest in Uganda and hosts a large population of refugees.

About 35 per cent of Ugandans use the Internet today, up from around 16 per cent when we started the RCIP project. The price that the government, businesses and individuals pay for data has gone down significantly from $300 to $70 per Mbps (77 per cent). A total of 81 e-services are available on the citizen’s portal. About 400 government facilities are connected, and 1,100 are planned in the next phase.

Other World Bank support in the digital arena include electronic voucher systems in the health and agriculture sectors; digitising land registration and business registration; e-procurement for public procurement; e-cargo tracking; and ID4D Diagnostic that analyses the identification ecosystem in Uganda and highlighted areas of improvement. A new government secondary school improvement project government is currently preparing will also utilize ICT to improve skills and learning outcomes.

Going digital is not just a smart investment for West Nile and Karamoja, it is an unmissable opportunity to make the impossible possible and leapfrog Uganda’s economy by gigabytes, rather than megabytes.

Mr Thompson is the Country Manager of the World Bank in Uganda.

Mortuary attendant who likes bodies because they are humble

His journey to help those that are afraid of touching bodies has not been easy. Throughout his

On the road with Gulu pilgrims

You owe me, Museveni tells Acholi

US preparing antitrust probe of Google