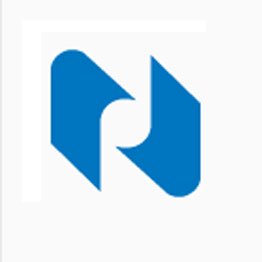 How Internet is changing the takeaway scene in Kenya

By PAULINE KAIRU
More by this Author

For the longest time, restaurants held takeaways as an afterthought. Well, not anymore. The food catering business has gone past the takeout era and has evolved so much that delivery has become the hot trend in Kenya.

The great digital revolution, burgeoning e-commerce and the convenience of mobile money which allows buyers to pay for their deliveries right off their phones, has spurred a whole new industry that is today the food delivery market.

And Kenyans, enticed by the convenience of ordering online from their favourite local restaurants and having the meal delivered to their doorstep and being able to either pay in cash or via mobile money have bought into the idea in their droves.

This is illustrated by the many e-commerce companies that have come up to clamour for this space that was traditionally held by the restaurants’ own delivery services.

Pizza Inn, Chicken Inn and Galito’s, combined, have the in-house Dial-a-Delivery service system that delivers within a five-kilometre radius.

Other food outlets too that have entered the Kenyan market in the digital age like KFC, Dominos’, Pizza hut have had the delivery service as a rider for their food service.

Then in 2013, Hellofood an online food delivery start-up, now Jumia Food, identified a niche partnered with EatOut which was already Kenya’s largest online restaurant guide and reservations engine to offer online food ordering to EatOut users for the first time.

Today the ecosystem has developed to incorporate likely more than a dozen such companies with interests in the food delivery market.

In just the last couple of years Glovo, Yum deliveries, Grubbys, Take-eat-easy, the good food company, deliveroos, Go-beba, Mama Meals on Wheels, are some of the online apps that have come up to cater to this lifestyle.

Not to be left behind, Uber, the online ride-hailing, ride-sharing app also diversified its Kenyan business into the food delivery marketplace too in 2018 with its Uber Eats.

While Bolt Technology, another cab-hailing app is also making similar plans having announced in August that it was in the final stages of conceiving the food delivery business with an app called BOLT FOOD.

In Kenya SafeBoda a motorbike hailing app has also announced that it is introducing a food delivery platform.

Riding on Internet access, these food delivery companies have entered into partnerships and collaborations with eateries to deliver food to city dwellers at their doorstep.

The trend that started in Nairobi, has spread to other cities like Mombasa, Nakuru, Eldoret and Kisumu.

Across the sector, the food delivery market is only beginning to grow in order numbers, according to multiple people aware of the development.

In its report Jumia Food said it expects the growth in on-demand deliveries to accelerate by over 50 per cent in 2020.

“This on the back of a continuation of the trend of more affordable menu items, enhanced availability of popular vendors, increased mobile penetration and a growing awareness of the convenience.

As a result we expect availability of lower priced menu items to increase. 2020 is poised for a strong growth in on-demand deliveries of non-restaurant items too, like Groceries, Pharmacare products, Alcohols and other on demand categories such as cosmetics, gifting and flowers,” said Jumia Food managing director for East Africa, Sheernal Ruparelia.

Online retailer Jumia Technologies on December 3, launched the Jumia Food Index that showed that Kenyans in major cities were inclined more to ordering food online as opposed to taking out, that is, going to the restaurant to pick the food themselves.

Jumia prides itself as the largest online retail store in Africa selling third party’s stock on its website and then taking a cut of their transactions.

Ms Ruparelia while speaking at the launch of the internal survey findings said affordability, convenience and availability, drove these on-demand services. She said orders came predominantly from middle incomers with high spending power who spend most of their time on professional duties and studies preferring food on the go to cooking at home.

The non-existent or subsidised cost of delivery and availability of cheaper food alternatives motivated the exponential growth of the industry, according to the Jumia boss.

In an interview with The EastAfrican, former OLX general manager, now co-founder and CEO of Go-BEBA—an e-commerce start-up that does door-to-door delivery of emergency household items like cooking gas, water and food—Mr Peter Ndiang’ui credited the burgeoning e-commerce economy to the penetration of the Internet and ubiquity of digital devices.

“This is the sense of the on-demand e-commerce economy,” he notes, “People want their food delivered now and not tomorrow and that is the domain that the entire infrastructure and logistics of food delivery are constructed around.”

He foresees the food delivery market in Kenya growing at a significant pace in the future.

“No one yet has the complete data on this market, but Kenyans in cities have been ordering between 6,000 and 10,000 servings of food everyday through the delivery services,” estimates Mr Ndiang’ui.

“Yet this does not even make up one per cent of all the food Kenyans eat at restaurants.”

According to the Jumia report, Nairobi’s Kilimani, Kileleshwa and Ngong Road led in number of delivery orders while residents of Nyali, City Mall and Mamba Village ordered the most in Mombasa.

In Nakuru, orders were dominantly from middle income area residents of the CBD, Milimani and Naka.

The report further showed that although dinner has for the past seven years been the most requested delivery in the country, the tide is turning with lunch and breakfast on rise.

Surveys also showed that international food companies dominated outlets from which foods was ordered with KFC, Java House, Debonairs pizza, Big Square, Subway, Artcaffe and Mugg and Beans leading. Others are Ohcha Noodle Bar and Connect Coffee. Naivas was the only local retailer on the list.

Chief operations officer of Kuku Foods East Africa that runs the KFC franchise (has partnered with Jumia Foods as its delivery service provider), Jacques Theunissen, said convenience is the biggest determinant in food delivery in Kenya, while professionalism and customer experience are of key most importance in Uganda.

“Convenience is growing in the African markets, especially the East African markets. Food deliveries are becoming part of the consumers daily lives as they have many different options to choose from and get a meal delivered with 30 minutes most of the time,” Theunissen said.

“Access pricing in Kenya is probably most important, value and abundance in Uganda is extremely important to the consumer. Delivery in Uganda has surprised all of us as almost everyone in Uganda has a “Boda Guy” that they can send to any retail store to make their purchases.

“I think this is where customer experience and professionalism (i.e. delivering food that is hot and fresh in a branded thermal bag) is of the utmost importance as consumers are starting to value this. In short, creating an experience rather than just providing a service.”

Mr Ndiang’ui and Mr Theunissen both think that the new industry will lead to a new trend of kitchens tailored to this niche commonly called cloud kitchens.

“International brands will continue to enter the Kenyan market, but I truly believe the biggest innovations will come from local Kenyan brands. I am sure that dark kitchens will be established within the next five years, especially with the high rentals paid for the traditional brick and mortar model. Innovation through strategic partnerships with different retailers will continue to evolve and evolve quickly.”

“We are already almost at the point where you do not have to leave the comfort of your own home for daily or weekly shopping, and can sit on the couch and order almost anything you need at the click of a button,” Mr Ndiang’ui said.

“Ordering platforms will evolve from the normal app/website/telephone ordering to multiple platform ordering through chatbots, WhatsApp with a big focus on not needing data to place orders or waste limited space on smartphones to install additional apps,” Mr Ndiang’ui added.

He said he expects the Kenyan market to continue out pacing her regional peers due to high Internet connectivity. He estimated Kenya’s total food and beverage market to be currently at Ksh830 to Ksh850 billion ($8.1b — $8.6b) in value.

Growth in the country’s ICT sector, according to the Kenya National Bureau of Statistics (KNBS) stood at 11.6 per cent in the second quarter of this year up from 11 per cent registered in the same period last year.

Kenya’s current Internet penetration stands at 26.2 million Kenyans or 49.9 per cent while mobile penetration is at 47 million, making it 90 per cent of the population.

The data from the KNBS on the second quarter also indicated that Kenya’s economy grew by 5.6 per cent on the back of improved performance in the ICT and tourism sectors.

Interestingly, the developments in Nairobi were announced even as Jumia Technologies moved to suspend food and drinks delivery service in Rwanda on December 9.

This followed by other such moves in Tanzania where the e-commerce platform shutdown business in Tanzania in late November, and in Cameroon in the middle of the same month.

A statement from the company said the unsavoury decision had been reached following a loss-making spate experienced in the three countries.

“While decisions like these are always difficult, it is more important now than ever to put our focus and resources where they can bring the best value and help us thrive,” the statement had gone on to say.

The new government has pledged to end conflicts in regions including Darfur.

Malaria remains a threat despite gains