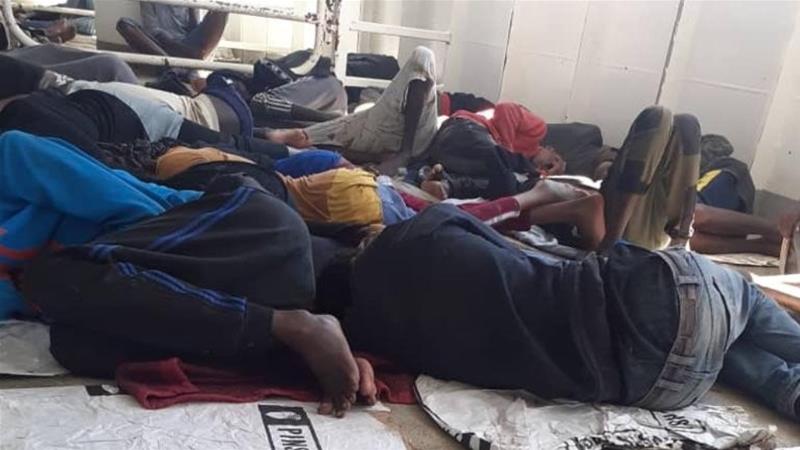 A Lebanese cargo ship carrying 52 migrants rescued in the Mediterranean has been denied access to Italy and Malta, forcing its captain to accommodate the stranded people in the vessel's dirty cattle cages.

"I am running out of food and water to give them," said Mohammad Shaaban, the captain of the Talia, the ship used for transporting livestock that on Friday rescued the migrants from a sinking dinghy heading from Libya to Europe, in a phone interview with Al Jazeera.

"This is a place for animals, not for humans. Malta, Italy, or even Spain must take these people, I am not a government agency, the company cannot bear more losses," he said.

Most of the Talia's passengers are from Somalia and Djibouti, and many need urgent medical care after surviving war in Libya and enduring five days at sea, according to Shaaban.

On Sunday, Malta's armed forces allowed the medical evacuation of two people from the Talia, but refused to take others. 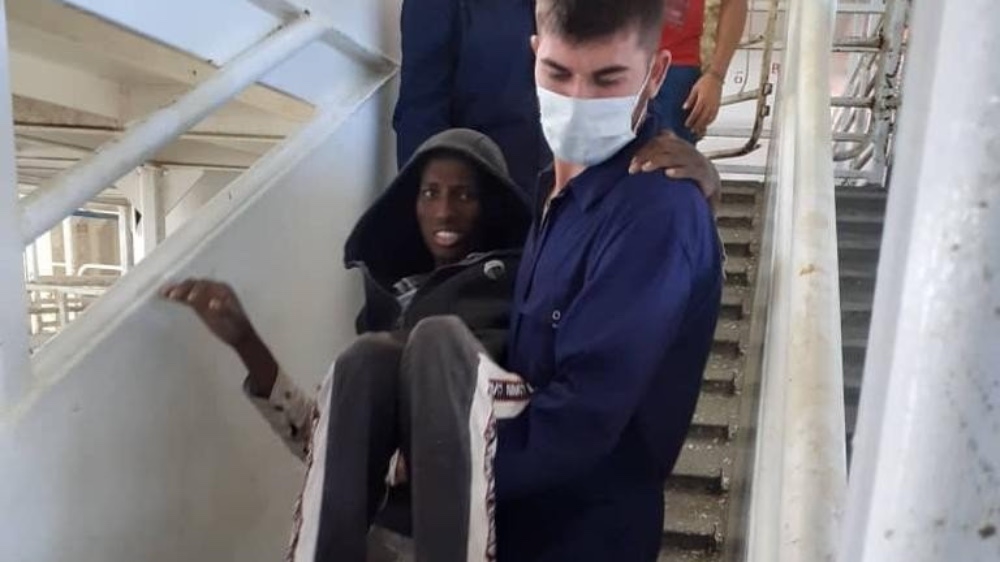 One of the stranded migrants, 16-year-old Yaakouba Barry, said he was jailed for 14 months in an unofficial prison in the Libyan city of Bani Walid, where he was tortured in an attempt to extort a ransom from his family.

"My father is dead and my mother is an old woman who owns nothing. I thought they would kill me because I couldn't pay", Barry told Al Jazeera.

He said he was eventually released without paying a ransom, transported to the coast inside a freezer truck, and put on a dinghy that left Libya on Wednesday night.

Early on Friday, the engine stopped working and the boat started to sink.

A plane operated by the German humanitarian NGO Sea Watch spotted it hours later, 30 nautical miles (55km) off the Italian island of Lampedusa, and sent out an SOS signal to ships in the area, as well as informing state authorities.

The Talia, headed towards Spain after delivering livestock in Libya, changed its course and proceeded to the rescue in coordination with Malta. 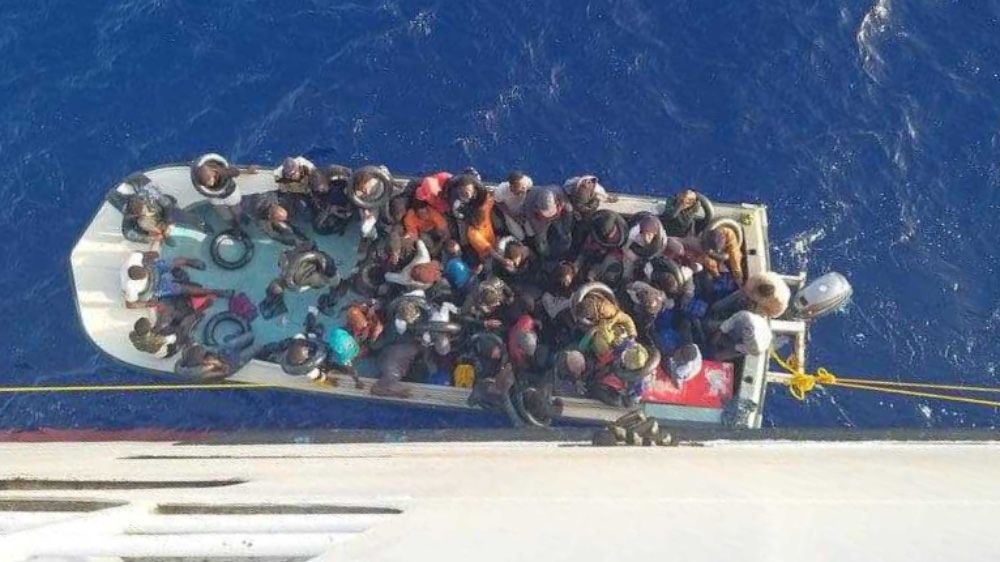 Shaaban said Malta then directed it towards Lampedusa, the closest safe port, but Italy refused to let it enter its waters, claiming it should instead go to Malta, 90 nautical miles (166km) away.

"After I reached Malta on Saturday, I pushed them to let me inside because [there was a storm] and I was in very big danger. So they allowed me to come, but said that when the weather will be good I have to leave Malta's waters again," he said.

The bad weather conditions forced the migrants to move from the Talia's upper deck to the area reserved for the livestock that had not been cleaned since the latest load was delivered.

Italy and Malta often lock horns over which country must take responsibility for migrants rescued at sea near Lampedusa.

Since the beginning of the coronavirus pandemic, both countries have been increasingly reluctant to accept asylum seekers coming from Libya, declaring their ports "unsafe" due to the health emergency.

They have rented "quarantine ships" to keep migrants offshore while they are tested for COVID-19.

The governments of Malta and Italy had not responded to Al Jazeera's request for comment by the time of publication.

Long standoffs at sea can be traumatic experiences for migrants who have often been victims of torture and trafficking in Libya.

In May, a Moroccan national committed suicide on the Italian quarantine ship Moby Zaza.

According to Marta Sarralde, Sea Watch's head of mission, long standoffs are a tactic used by European countries to discourage the rescue of migrants' dinghies.

"The Talia is being punished for doing the right thing and respecting maritime law," she said.

"Each day lost in a standoff represents a massive economic loss for a company. Many merchant ships are changing their routes to avoid those used by migrants fleeing Libya; when we send distress calls from our planes, they often play a deaf ear."

Roodo Hasan Ali, 22-year-old from Somalia, who spent half of her life moving between refugee camps in East Africa before she decided to seek a better life in Germany, pleaded with European countries from on board the Talia.

"We have had so many troubles, please save us, let us on land," she said.