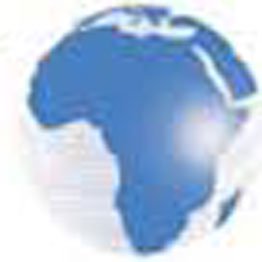 Kenya and US make joint pledge to ‘degrade’ Al-Shabaab

By KEVIN J. KELLEY
More by this Author

Kenya and the United States agreed on Wednesday to take a series of steps to deepen their economic ties, promote opportunities for US businesses and enhance their joint efforts to “degrade Al-Shabaab.”

The initiatives were announced in a statement issued by the two countries at the conclusion of their two-day “bilateral strategic dialogue” in Washington.

In regard to security matters, for example, the statement said “the United States commended the sacrifice of the Kenya Defence Forces in Somalia,” but it used general terms only to describe future initiatives.

It added, “Both sides committed to enhance counterterrorism, defence and maritime surveillance security cooperation through intelligence sharing and capacity building.

It also said, “The two governments reaffirmed their commitment to degrade Al-Shabaab and agreed to work with UN Security Council partners to sanction Al-Shabaab and other terror groups operating in the Horn of Africa.”

In the economic sphere, Kenya and the US said they would “accelerate bilateral talks to expand cargo opportunities” under the existing Open Skies Agreement between the countries.

The statement also made reference to a pair of projects being launched by the US Trade and Development Agency and intended to help US companies invest in Kenya.

The US trade agency will soon host meetings between Kenyan officials and US business executives, focused on emergency management and communications systems.

“The visit occurs as the government of Kenya seeks to upgrade the country’s emergency communications systems and improve responses to natural disasters in remote areas,” the trade agency said in a separate statement.

“US companies have cutting-edge technologies that can meet these needs, which will be featured throughout the visit.”

Kenyan officials will also go to Washington to learn about the trade agency's Global Procurement Initiative.

It seeks to assist public procurement entities in developing countries to better determine the full costs of goods and services over the entire life cycle of a contract.

“This leads to smarter, longer-term investments with overall savings to the government, and also levels the playing field for US firms in international tenders,” the US trade agency said.

Wednesday's announcement on the outcome of the bilateral strategic talks contained a pledge to “maximise Kenya’s use of trade benefits under the African Growth and Opportunity Act, and explore a future bilateral trade and investment framework.”

The two countries also agreed to continue talks on proposed US business investments in infrastructure projects in Kenya, including projects to modernise the Kenyan government's telecommunications network.

The statement noted US commendation of Kenya's commitment to establishing a National Public Health Institute.

Kenya's launch of a Coast Guard Service was also lauded by the US side. That move will help develop the “blue economy” and “safeguard a free, open, and prosperous Indian Ocean region,” the joint statement said.

The two countries signed an updated “Security Governance Joint Country Action Plan” to enhance bilateral cooperation on anti-corruption efforts, the statement added, but it gave no details on what those efforts would involve.

Kenya's announced commitment to register all refugees also won praise from the US in the joint statement. The announcement added that the US will work with Kenya to help ensure that refugees have access to health care, education and jobs.

The statement was silent, however, on Kenya's reported decision to shut down the 28-year-old Dadaab refugee complex that currently hosts more than 200,000 Somali refugees.

I haven't asked for seat in govt: Raila

At meeting with Kikuyu leaders, ODM leader speaks of purpose of handshake with President

KCAA says the suspension that is "purely for security reasons" will last until August 9.

Inside the agonised lives of biracial Kipsigis

The plot to stop Jomo presidency