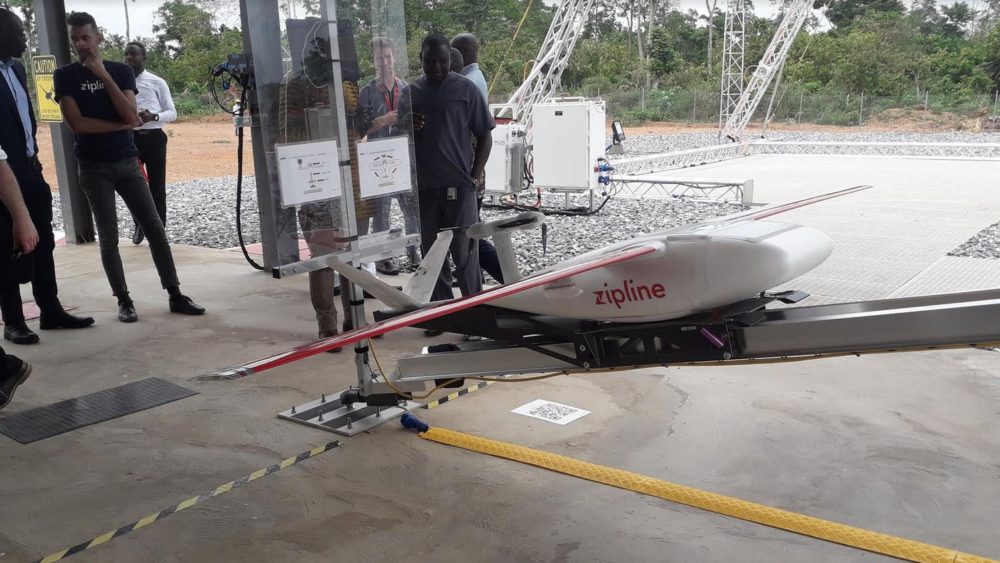 Kenya in line for drones to distribute medical equipment

The Chief Executive Officer and Co-founder of Zipline International, an American based medical products delivery company Mr Keller Rinaudo has announced that Kenya is among the African Countries that are considering delivery of medical products using drones. Speaking in Ghana on the sides of the launch of a medical drone project, Mr Rinaudo said negotiations with Kenyan authorities to start the project rolling were alive and at an advanced stage. “Neighbouring Uganda is equally on course for the futuristic, efficient medical delivery system that has saved many lives in Rwanda where Zipline launched its first African project three years ago,” he stated. The ceremony at Omenako, 70 kilometres north of Accra was witnessed by Ghana Vice President Alhaji Dr Muhamudu Bawumia and Health Minister Mr Kweku Agyeman Manu among other senior Government officials. Also present was the highly regarded Paramount Chief of Akyem Asokwa traditional region, Okyenhene Osagyefo Amoatia Ofori Panin. Mr Rinaudo said once fully functional from four planned launching sites, the revolutionary new 24 hour service will use drones to make on-demand emergency deliveries of 148. 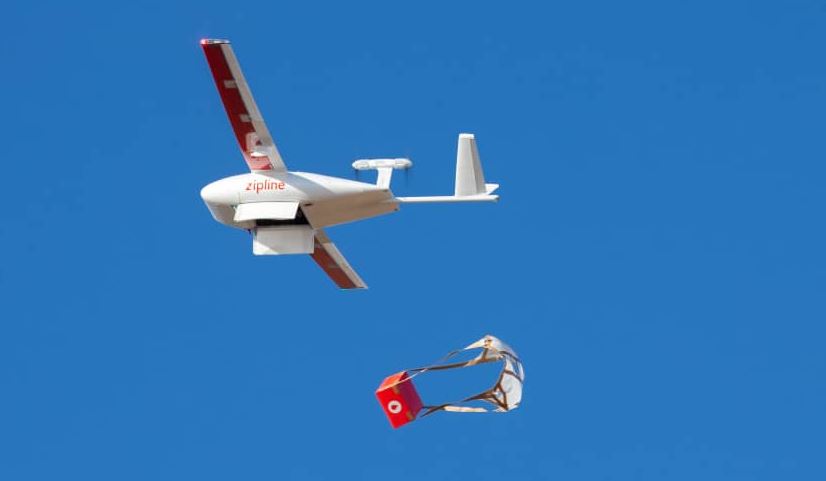 different vaccines, blood products, and life-saving medications to needy cases throughout Ghana. He said each of the four distribution Zipline centres across the country would be equipped with 30 drones that will carry delivery of blood, vaccines and lifesaving medications to 2,000 health facilities across the West African nation daily, serving over 12 million people. “Each Zipline Centre has the capacity to support up to 500 trips per day,” said Mr Rinaudo.

“This is going to be the largest drone delivery network in the world,” he observed. Stressing the usefulness of drone delivery, Mr Rinaudo noted that millions of people across the world—in both developed and developing countries—die each year because they can’t get the medicine they need promptly.

He said Zipline was building the first logistics system on the planet to serve all people equally. Explaining how the system works, Mr Rinaudo said health workers place orders by text message and receive their deliveries within 30 minutes on average from distribution centres. “The drones fly autonomously and can carry 1.8 kilos of cargo at a time, cruising at 110 kilometers an hour. They have an all-weather round trip range of 160 kilometers,” said Mr Rinaudo. Vice President Bawumia urged other African countries in a speech on behalf of President Nana Akufo Addo to emulate Ghana and Rwanda to save lives through speedy distribution of medical equipment using drones. He regretted that many lives were being lost in Africa due to in-access to medical facilities in good time.

“The drones are part of an ambitious plan to leapfrog the problems of medical access in emergencies,” said the President adding: “It represents a major step towards giving everyone universal reach to life saving medication”. He described as timely the arrival of drone medical equipment distribution in Ghana, a country of 30 million people scattered in a land mass the size of Britain with poor roads and a scarcity of ambulances, a phenomenon that poses a major challenge to efficient health care provision.

Mr Rinaudo thanked partners who provided generous contributions to support Zipline’s work in Ghana in the interest of advancing universal health access, among them the Bill and Melinda Gates Foundation, Gavi, Pfizer, Novartis and the UPS Foundation.