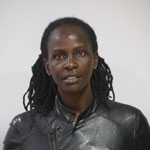 By AGNES MAKHANDIA
More by this Author

Kenya Hockey Union has welcomed African Hockey Federation’s decision to reschedule the men and women’s North-East Region qualifiers for the 2021 Africa Cup of Nations due to the coronavirus pandemic.

The qualifiers are now tentatively set for the last quarter of this year or first quarter of next year in Nairobi.

The North-East Region event was initially scheduled for May 11 to 17 but was put on hold by AHF because of Covid-19.

KHU chairman Nashon Randiek said they will now await the official dates to be released.

“The provisional squads are in place. The coaches are keeping tabs on the players as they carry out their personal training sessions through various social media forums. However, as to whether the players are disciplined to conduct and take the sessions seriously we really can't tell but I guess when everything returns to normal, their fitness level will be put to test,” observed Randiek.

“Once we were given the hosting rights early this year we begun putting all the logistics in place and that hasn't changed.”

On Saturday AHF issued a statement rescheduling some of the international events as the coronavirus pandemic continued to bite.

The Indoor Africa Cup that was scheduled for June 12 to 14, 2020 in Durban South Africa has been rescheduled to September.

“We shall keep monitoring closely all the developments taking place regarding the Covid-19 outbreak. We will update you periodically with further developments and decisions once they unfold,” read the statement from AHF.

At the same time, the dates for this year’s Africa Cup for Clubs Championship set for November 30 to December 5 in Malawi remain unchanged

Kenya men's team are scheduled to face Burundi, Libya, Sudan, Tanzania, Uganda and Seychelles in the North-East qualifiers. The top two nations will proceed to next year’s Cup of Nations.

Also rescheduled are the North-West Region event that was set for June 14 to 21 in Ghana. This qualifiers will feature Algeria, Burkina Faso, Cameroon, Nigeria, Sierra Leone and Togo.

Botswana, Malawi, Mauritius, Namibia, Swaziland, Zambia and Zimbabwe form the Central- South Region whose qualifiers were originally scheduled for August 21 to 30 in Zimbabwe.

The top two teams in each categories from the three regions will join the top two ranked countries on the continent to compete in the Africa Cup of Nations.

South Africa (women) and Egypt (men) are the top ranked nations in the continent.

The Africa Cup of Nations that was set for August next year has been moved to October.

He was among three who had been charged with the disappearance of the officer.

In Garsen, the locals have demanded compensation for losses occasioned by the floods.

US adds 1,680 coronavirus deaths in a day

Court throws out appeal by ‘victims of police brutality’