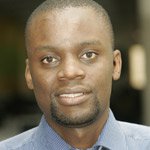 The scheme will see good borrowers rewarded with cash based on their credit profiles.

Sirisia MP has case to answer in 'phantom' maize trial

Kenya to deport foreigners in betting

The poll of Albino killings and president's fake death