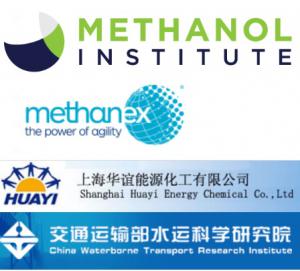 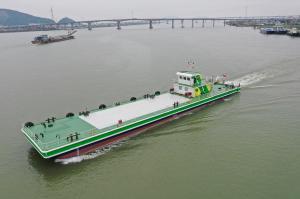 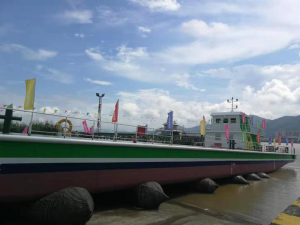 We welcome the study by CWTRI which will support the use of methanol as a clean burning marine fuel”— Chris Chatterton, COO, Methanol InstituteWASHINGTON, DC, UNITED STATES, July 15, 2020 /EINPresswire.com/ — The Methanol Institute (MI) joins a study led by the China Waterborne Transportation Research Institute (CWTRI), the think tank of the Chinese Ministry of Transport, which will consider the technical and operational requirements for the use of methanol as a marine fuel. The study is also supported by Methanex, the world’s largest methanol producer and distributor and Shanghai Huayi Energy Chemical Co., Ltd., one of the largest methanol producers and distributors in China.
Based on China’s own characteristics of its energy and shipping industry, the study will create comprehensive guidance and policy suggestions for the use of methanol as a marine fuel reflecting the experience already gained in large and small methanol-fuelled marine engines, and will develop a roadmap for the adoption of methanol as a marine fuel in China.
“China is progressive in developing clean alternative fuels for its energy diversification and pollution control,” said Ji Yongbo, Director of Shipping Technology Research Center of CWTRI, which has also played an important role for other alternative marine fuel by providing policy research and management service for Chinese policy makers.
“Methanex currently operates 11 dual-fuel methanol-powered vessels globally through our wholly-owned-subsidiary Waterfront Shipping. Our experience to date has proven methanol as a safe, reliable, cost competitive and IMO 2020 compliant marine fuel for a sustainable future in commercial shipping. This study will provide an opportunity to decisively strengthen the offering of methanol as a widely available, future-proofed marine fuel in China,” says Zhang Jianning, President, Methanex China.
“China has a sharp focus on air quality and emissions control for the transportation industry on a national basis, we see potential opportunities for methanol to be used as an alternative fuel. Huayi contributed in the methanol vehicle pilot in Shanghai, by providing M100 fuel for the taxi fleet there. As IMO has confirmed in its interim guideline that methanol is a safe and compliant low flash point marine fuel, methanol can find its role in the sustainable development of China’s waterborne transportation sector,” said by Guo Min, Deputy Chief Engineer and Manager of Development Department, Huayi.
“China is the largest producer and consumer of methanol globally. Methanol has been used safely in the country for many years, not only as a building block for the manufacturing of chemicals, but also as a clean fuel in cook stoves and industrial boilers, passenger vehicles and heavy duty trucks,” says Methanol Institute Chief Operating Officer Chris Chatterton. “We welcome the study by CWTRI which will support the use of methanol as a clean burning marine fuel.”
***********
About The Methanol Institute
First formed in 1989, the Methanol Institute (MI) serves as the trade association for the global methanol industry. MI represents the world’s leading methanol producers, distributors and technology companies from offices around the world. MI provides value to its members by ensuring safe handling of methanol and its derivatives, promoting methanol growth by furthering methanol as an essential chemical commodity and an emerging source of clean and renewable energy, and influencing global regulatory and public policy initiatives that impact the methanol industry.
About Other Partners
China Waterborne Transport Research Institute
Established in 1956, the China Waterborne Transport Research Institute (CWTRI) is the earliest and largest research institute with a focus on waterborne transport in China and the only comprehensive waterborne transport research institution in the transport industry. The CWTRI focuses mainly on high-tech research, industry development consulting, engineering design contracting, new technology product development, technology management training and other aspects of shipping industry activity.
Methanex Corporation
Methanex is a Vancouver-based, publicly traded company and is the world's largest producer and supplier of methanol to major international markets. Methanex shares are listed for trading on the Toronto Stock Exchange in Canada under the trading symbol "MX" and on the NASDAQ Global Market in the United States under the trading symbol "MEOH”. It has commissioned 11 methanol-HFO dual fuel chemical carriers distributing its products globally.
Shanghai Huayi Energy Chemical Co., Ltd
Shanghai Huayi Energy Chemical Co., Ltd., a subsidiary of Shanghai Huayi (Group) Company, is a state-owned chemical enterprise focusing on comprehensive utilization of clean coal technologies. It is a major player in methanol and acetic acid business in China and has been actively exploring and developing new energy applications of methanol including using methanol as a transportation fuel in recent years.