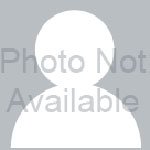 A section of leaders from Busia County have urged President Uhuru Kenyatta to rescind his decision to allow Uganda to build a dry port in Naivasha, saying it will render Busia and Malaba ghost towns.

She said the move defeats the government’s efforts to create jobs for the youth, adding that the region lacks industrial parks that can help grow the economy and open up employment opportunities.

“Busia desperately needs this dry port built in Malaba owing to the fact that the town has a geographical advantage over Naivasha. Malaba’s proximity to Uganda, Rwanda, Burundi and South Sudan offers the country the best opportunity to turn Busia into a transit hub,” she said.

Mrs Mutua said building the port in Naivasha will render clearing agents at the Busia and Malaba crossings jobless. The two border crossings were rehabilitated by Trade Mark East Africa at a cost of Sh1.2 billion.

“Malaba is a big border point and we don't want to see trains and trucks just pass with goods. We have jobless youth and we all know what happens if the largest segment of the population remains unemployed,” she said.

“We have enough land to facilitate the construction of a dry port here. Having Uganda to build a port in Naivasha will not help but hurt the economy of Busia County,” said Ojaamong.

Busia border is one of the busiest in East Africa, handling transit goods to and from Great Lakes region of Rwanda, Burundi, DRC and South Sudan.

Uganda remains a key trade partner for Kenya as its exports and imports passing through Mombasa are increasing.

Uganda accounted for more than a quarter of the business at the port of Mombasa in 2018, pushing the total transit volumes up by 10 percent from 8.6 million tonnes in 2017 to 9.6 million tonnes.

They say welfare of Kenyan staff should be addressed before pact is implemented.

Over 5 million get 'Huduma' ID

The 'Huduma Namba' database will be “the authentic single source of truth on personal identity".

How Nakuru prison warder was killed

Bashir 'will not be extradited to ICC'