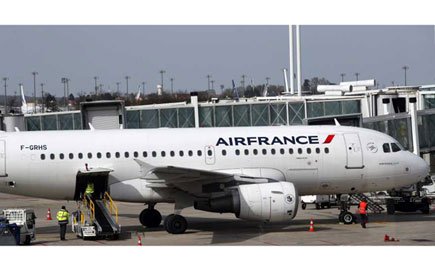 Past attempts to talk away Uganda- Rwanda tensions

August 1999, Mweya, Kasese Uganda
The first talks, which took place at Mweya Safari Lodge in Kasese District between August 16 and August 18, 1999, were held while Mr Kagame was still the vice president and minister of defence of Rwanda.

The talks followed the fierce fighting earlier that month between the Uganda People’s Defence Forces (UPDF) and the Rwanda Patriotic Army (RPA) in the city of Kisangani, capital of the Democratic Republic of Congo’s (DRC) Tshopo Province.

What precipitated the fight between the armies of the two countries who had until then been known to be the firmest erstwhile allies in the region remains the subject of much debate, but the Mweya talks, which were preceded by physical fights between Mr Kagame’s bodyguards and President Museveni’s guards ended in the signing, on August 18, 1999, of a ceasefire agreement.

Some of the terms agreed on were that any officer who would violate the ceasefire would be court martialed; that all ambushes should be lifted in order to facilitate a meeting between liaison officers from either side; ensure uninterrupted movement of logistics, as well as evacuation of casualties; that Brig James Kazini and Col Kabareebe would report back to President Museveni and vice president Paul Kagame to ensure full compliance with the terms of the ceasefire and that the army commanders, Maj Gen Jeje Odongo and Brig Kayumba, would travel to Kisangani to take control of the situation.

In a closed address to Members of Parliament on August 30, 1999, Mr Museveni revealed that the two principals had prior to the signing of the agreement agreed to, among others things, have a joint inquiry into the cause of the fighting. Apparently operationalisation of the inquiry was dependent on a call from Mr Kagame, but it never materialised.

The two leaders once again met on August 22, 1999, in Rwakitura, Kiruhura District, and signed another agreement in which they agreed on partitioning Kisangani; joint control of Bangoka and Simisimi airports; and withdrawal of troops from the centre of Kisangani. Each would keep only one battalion in the town. The parties also agreed to organise elections so that the people of Kisangani would vote a Mayor.

July 2001, Gatuna, Rwanda
The second round of talks between the two men came on July 6, 2001, at the border town of Gatuna in Rwanda. The talks were brokered by President Museveni’s younger brother, Maj Gen Caleb Akandwanaho, aka Salim Saleh, who was at the time working as Mr Museveni’s personal envoy.
Uganda had in March 2001 listed Rwanda along with Congo and Sudan as “hostile countries”.
Tension had developed amid allegations that Mr Kagame had bankrolled Col Dr Kizza Besigye’s 2001 election campaign and the presence of the two men’s political opponents on either side of the border.
The former speaker of Rwanda’s parliament, Mr Joseph Sebarenzi Kabuye, and Maj Alphonse Furuma, had fled to Kampala where they separately issued statements critical of president Kagame just like three UPDF officers, Samson Mande, Anthony Kyakabale and Edison Muzoora had fled to Kigali where they too issued statements critical of Mr Museveni before declaring war against the NRM government. Mr Kagame distanced himself from their activities.

The two agreed not to support each other’s dissidents and to bar them from engaging in hostile activities such as military training, spying or carrying out propaganda against their respective countries.

November 6, 2001, 10 Downing Street and Lancaster House, London
The third round of talks between the two men were held in the United Kingdom at the behest of then British prime minister, Mr Tony Blair, and his secretary for international development Clare Short.

By October 25 that year, there had been reports of troop movements on both sides of the border.
Hardly two months after the two men had met in Gatuna, Mr Museveni penned a letter to Ms Short accusing Rwanda of “planning aggression against” Uganda by recruiting and operating training camps in Kigali and in Rutshuru in the east of the DRC, and making inquiries about the strength and depth of various units of the UPDF.

Mr Museveni, who said Uganda could not “countenance nor tolerate another round of terrorism this time organised by Mr Kagame”, sought permission to increase Uganda’s defence spending from 1.9 per cent of the Gross Domestic Product (GDP), arguing that Uganda still needed to finish capital development of the army which involves training across the board, purchasing equipment and building army barracks.

During the London meetings the two leaders agreed to form a Joint Verification and Investigation Committee to investigate allegations of rebel training activities on either side of the borders.

February 13, 2002, White Horse Inn, Kabale
The next round of talks, which were held at the White Horse Inn in Kabale was a follow up to the London meeting. The meeting, which had earlier been scheduled to take place at Katuna on the border, was disrupted by a heavy downpour, which blew the tent away compelling them to relocate to Kabale.

During the meeting which was chaired by Ms Clare Short, the two principals received the reports of the Joint Verification and Investigations Committee and reports related to the meetings that their defence ministers had held between December and January.

“The two presidents reconfirmed their commitment to full, normal relations between Ugandan and Rwanda and to the goal of frank and open discussion of all areas of common interest or potential concern,” a communiqué that they issued after the meeting read in part.

July 29, 2011, Kigali, Rwanda
President Museveni travelled along with his wife Janet and daughter Natasha Karugire for a private-cum-state visit. The two held private talks at Mr Kagame’s residence in Muhazi and later on his farm. Little is known of what actually they talked about during the talks that had been brokered by among others journalist Andrew Mwenda and First Son, Maj Gen Muhoozi Kainerugaba.

“What kind of leaders would we be if we told our secrets to journalists?” President Museveni asked when journalists tried to prod him on what the two leaders had discussed.

That particular visit was significant in more than one way as it was the first time that Mr Museveni was travelling to Rwanda by air in about 13 years. Besides memories of the 2005 fiasco when more than half of his convoy were denied entry into the country and his Principle Private Secretary (PPS) at the time, Ms Amelia Kyambadde, and minster for the Presidency Beatrice Wabudeya were initially denied access to the meeting room.

December 23, 2011, Rwakitura and Mweya Uganda
President Kagame and his family arrived in Uganda and drove to Mweya Safari Lodge from where they drove to have Christmas at Mr Museveni’s home in Rwakitura. Again, like had been the case in Kigali, little is known of what the two men discussed.

March 2018, Entebbe Uganda
On March 25, 2018, Mr Kagame held a closed door meeting with President Museveni at State House Entebbe, but little is known of what was discussed. Days before Mr Kagame’s visit, Mr Museveni had skipped a visit to Kigali for the African Continental Free Trade Area Treaty meeting after his advance security team and Rwandan security failed to work out his itinerary.

The talks were, however, believed to have touched on tensions that were developing between the two amid accusations from Rwanda that Uganda had carried out what it described as “multiple unjustified arrests” of its citizens in Uganda without informing its High Commission in Kampala.