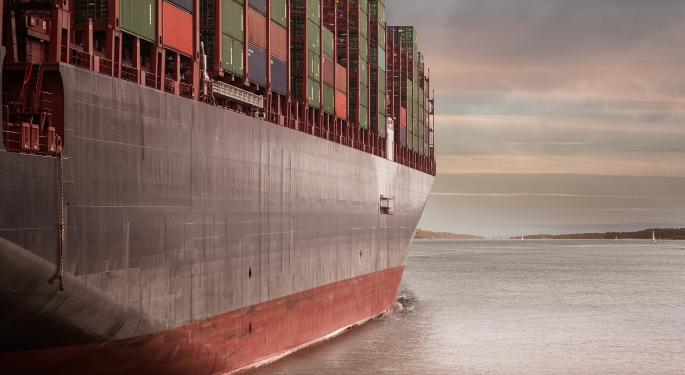 Could this be the year ocean carriers get shippers to pay up? It may be if they want a ‘get-on-the-boat rate' and not just a ‘paper rate.'

The world's container ship lines want to go cold turkey on non-remunerative ocean freight rates. And customers will have to be their sponsors in that journey, according to market experts assessing the 2019 container market

Alison Leavitt, managing director of the Wine and Spirits Shippers Association, told a crowd at the Coalition of New England Companies for Trade that shippers should prepare for ocean carriers to hold the line on rates that can better cover their costs this year.

After a 2018 marked by worsening customer satisfaction, congested ports, dropped voyages, and high detention and demurrage fees, the steamship lines and their customers will both be better off if shippers pay more, Leavitt said.

"We need sustainable service, we need carriers that are serving the ports that we need," she said. "They need to make enough money to do that."

"This addiction to cheapness and low rates in ocean shipping, that's not working anymore," she added.

Meanwhile, Ocean Network Express (ONE) is forecast to lose $594 million for 2018. The alliance of Japan's biggest container ship companies went through what it called "teething problems" in the first year of its existence. But some shippers pointed to ONE aggressively marketing low rates in the past year to capture market share.

With the container ship industry about as concentrated as it's ever likely to be through the various mergers and alliance structures, the only other way to cut costs further will be reduced service. Nicole Uchrin, managing director at Gemini Shippers Group, said ocean carriers did so last year on the trans-Pacific eastbound market, causing a spike in spot freight rates to near two-year highs (SONAR: FBX.CNAW, CNAE).

The Freightos Baltic Index for ocean freight rates from China to the U.S. West and East Coasts

The trouble was that shippers were also left high and dry as their boxes had to be put on a later sailings, Uchrin said.

"Ocean carriers have always had void sailings, but they let the customers know much further in advance," Uchrin said. "They have shortened this window dramatically. Carriers are getting better at controlling capacity." Shippers in the trans-Atlantic also face limited supply of container space, Leavitt said, as most sailings there are "fully booked."

In some cases, ocean carriers are dropping services wholesale that shippers long relied on. Leavitt gave the example of a South America-to-U.S. East Coast service jointly operated by Hapag-Lloyd, CMA CGM and Maersk's Hamburg Sud that is ending. In place of that direct service, customers will have to rely on trans-shipping their freight, which is less appealing to wine and spirits customers concerned about spoilage, Leavitt said.

Along with service levels, the nature of the container lines themselves is changing through consolidation and tacking on additional services.

Germany's Hapag-Lloyd, which already digested Chile's CSAV, is becoming even more diverse through adding Kuwaiti-based UASC, which further bolsters its North-South trade business. Once a low-cost leader, China's Cosco added a premium service through acquiring Orient Overseas Container Line. Maersk, meanwhile, is looking to become a one-stop for shippers with services such as customs brokerage and trade finance.

"At this point, each carrier has their own personality and their own strategy, and there are a lot of different strategies out there," Leavitt said.

The tariff turmoil unleashed by the administration of President Donald Trump means U.S. companies may have to rely on those diverse strategies more than ever to stitch together far-flung supply chains.

The imposition of tariffs on $267 billion in Chinese goods sent U.S. retailers hunting for manufacturing in countries like Vietnam, Indian, Malaysia and Indonesia. One apparel manufacturer at the panel said East Africa is now becoming a growing supplier to the U.S.

As such, U.S. customers increasingly need assurance that they can book guaranteed space on a container ship at a mutually agreeable price.

"We don't want paper rates," one shipper said to the panel. "We want a get-on-the-boat rate."

What's called a "large oil spill" is being cleaned up in the Port of Sines. (MarineLink)