Isaiah Esipisu/IPS© Former rebel fighters from South Sudan’s civil war, manually packing improved sorghum seed in Yambio, South Sudan. over 1,900 ex-fighters have been taken through rehabilitation programmes, and have been released to join vocational training and engage in agribusiness, with others being integrated into organised forces.

Previously “the government could apprehend and imprison all the ex-fighters returning from the bush,” Pia Philip Michael, the Gbudue State Minister for Education, Gender and Social Welfare, told IPS in an exclusive interview. “But we later found that most of them were children aged between 12 and 17 years, and the best way to help them was to draft a re-integration proposal and implement it.” 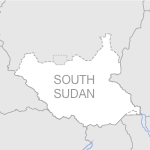