Blog
SIMPET GROUP / Uncategorized / The SGR to nowhere? What happens next? What does history tell us?
Dec 19 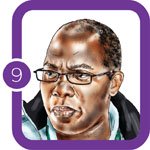 The SGR to nowhere? What happens next? What does history tell us?

By BANKELELE
More by this Author

The SGR passenger train experience is now an established must-do activity since it was launched to celebrate Madaraka Day in 2017.

For most of December, it is fully booked, mostly by Nairobi residents making holiday trips to Mombasa and other towns along the Kenya coast.

They have adjusted to some of the peculiar points of the service like the long security checks, toilets that don’t flush paper and the no-carrying alcohol onboard policy.

A few weeks ago I was aboard the SGR passenger train for my second round- trip, this time on the morning inter-city train that makes a half-dozen stops between Nairobi and Mombasa.

Towns where the SGR stops like Emali, Kibwezi, Mtito Andei and Voi appear to be thriving and prospering. But towns, with stations, where it does not stop, like Konza, are not.

The SGR seem to put all transit passengers in one coach and almost every seat is full. The train still runs precisely to the minute, in its starts, stops and departures at every station.

The train sways gently, and you don’t realise it is going at 100 km/h until you pass vehicles on the nearby highway or a helicopter slowly passes overhead.

Passengers getting on or off at stop stations in-between are well coordinated.

Meanwhile Chinese drive the trains and marshals stand quietly but prominently as every station when it stops and until it leaves.

There are numerous local teams – catering, cleaning, security, ticketing, ushers and luggage assistance working to support the SGR, but no medical teams unfortunately as a recent death showed.

In Nairobi as passengers disembarked from the train, rounded up kids and suitcases, and others posed for selfies and Instagram shots, we walked past a glass placed along the wall.

It was surrounded by about six Chinese men in blue overalls. A railways marshal held up his hand to direct some crowds to move back from the train, and the men stepped forward and removed one of the windows on the side of the train, and placed it on the ground.

They were executing a window change, like a Formula One pit stop. A precisely coordinated quick operation before the train had to turn round for its next journey.

All this leads to the question 'how will Kenyans run this on their own later?' As they did with the previous Kenya Railways network.

And exactly what more will the railway and trains do? The railway which was to intended to extend to Uganda and on to South Sudan seems to have stalled over financing.

President Museveni has played coy with Uganda’s plans to extend the SGR and they appear to have decided to revamp their old railway for now.

This week, President Kenyatta launched the cargo service of Phase 2A, from Nairobi to the Naivasha, exactly two months after he launched the passenger services on that line.

There have been reports that Naivasha, with abundant cheap geothermal power, will become Kenya’s new industrial zone and that there is a government plan to attract companies to build products to export using the railway.

When he launched the Naivasha passenger line, he was clearly frustrated by the moniker “railway to nowhere” that has been attached to this phase of the SGR.

And at the cargo launch, he spoke of the original railway whose construction began in 1896 which later transformed the country, by creating towns that did not exist including Nairobi.

I am now reading a book, “The Origin of European Settlement in Kenya” by P. K. Sorenson. Aside from its title subject, a good part of the book relates to the impact that the first railway had on Kenya as it was changed from a survey by the Imperial British East Africa Company to a Colonial Government project.

It necessitated land acquisition and new treaties with Germany and Oman to provide some stability for its construction. It opened up new exploration routes, engagements between the administrators and different tribal communities, and it ended the porter economy.

The SGR has already caused upheaval to clearing agents and container freight station businesses at Mombasa, and to lorry transporters on the now sparsely highway alongside the railway.

What happens next after 2020 is not clear, but there will be more upheaval caused by the SGR.

With KQ and Ethio Telecom, Kenya and Ethiopia pick each other’s brains

While we hope take Safaricom's success to Ethiopians, we definitely have plenty to learn from their airline.

Relatives and clansmen demand access to the judge's house for meetings.