Blog
SIMPET GROUP / Uncategorized / This is not Kenya: In Nigeria, elections are food for men only
Feb 21 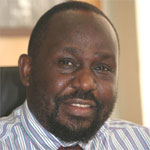 This is not Kenya: In Nigeria, elections are food for men only

Last week Nigeria gave us the kind of political treat only Nigeria can.

As early-bird voters were making way with their blankets in the night to go and stake out their places at the head of voting queues on Saturday, its Independent National Electoral Commission (INEC) dropped a bomb. It announced that it had postponed the election by a week.

If you did something like that in Kenya, I suspect you would have a war.

But they got away with it in a Nigeria where deep cynicism and contempt for the political class have left a people who expect things like that to happen routinely, as their social media posts suggested.

Many Nigerians said it would have been a bigger surprise if there had been no such snafu.

Yet, for East Africans used to having their elections mostly held promptly on time — and stolen with equal efficiency — following the Nigerian vote from a distance, that isn’t the most surprising thing. It is the number of candidates — a good 73 of them!

And all the 73 are men. The only woman in the race withdrew a few days to the postponed poll.

Africa is a tough place for women to run in elections, but Nigeria is in an exclusive class where it is particularly hellish.

It produced Love Does Win Elections, by Ayisha Osori. Based on her experience, it is probably the sweetest and funniest book ever written about a woman, or anyone who is not among the anointed for matter, seeking a party nomination and confronting the electorate in an African election.

It’s up there with Bitter-Sweet: My Life with Obasanjo, by Oluremi Obasanjo, former wife of Nigerian President Olusegun Obasanjo.

You will not run into a franker, more gossipy, and drama-filled book from a former wife of a Big Man than that one from Oluremi Obasanjo. It’s the kind you re-read every year to chase away your troubles.

One senses that these books are a unique form of counter-power to patriarchy in Nigerian politics.

This total exclusion of women from presidential pursuit only puts in sharp relief the other unusual things about this Nigerian election.

Because of the record 73 candidates, the presidential ballot is the size of a Queen towel — at the very least.

You couldn’t help but wonder whether printing and the logistics of transporting the towel-size ballot led to a legitimate delay.

At that size, the presidential ballot paper is equivalent to the amount of all the ballots the electoral commission had to ferry to individual polling stations in the past.

That number of presidential candidates could be indicative of high democratic access, in that all men who want to be president can get on the ballot.

And it could also point to the changing role of elections for men.

With the growth of services and the digital economy, there is a more level playing job field.

Tourism, and the hospitality industry, which are big growth areas, employ more women than men.

Nigeria’s film industry, Nollywood, the second largest in the world, estimated at $50 billion annually, has become the country’s second largest employer after agriculture.

Nollywood is an equal opportunity employer, and the majority of its richest stars are women who have been able to spin off their fame into clever social media marketing for their fashion, health, and other businesses better than the male stars.

The time when the juicy jobs were ours alone is gone. In Nigeria, it remains largely in politics.

Political office is therefore less about service to the people, but a job for men to put food in their stomachs and their families’ tables.

It’s one of the last jobs where culture, and the apparatus of patriarchy, can come together to ensure it remains a male monopoly for a while longer.

This ultimately might be why it has proven nearly impossible in Kenya to pass that law that would ensure for women one-third of the seats in Parliament.

Kenyan women will have to fight it out the old fashioned way, as they did in the 2017 General Election.

As a report by the National Democratic Institute and the Federation of Women Lawyers (Fida Kenya) cheered, a record number of Kenyan women were elected to political office.

For the first time women were elected in mainstream polls to serve as governors and senators, as 29 percent more women ran for office than in the 2013 election.

Still ways to go, but some Nigerian sisters are probably saying; “what?”

OBBO: This is not Kenya: In Nigeria, elections are food for men only

Nollywood is an equal opportunity employer, and the majority of its richest stars are women.

Some teachers have stagnated in one position for close to 15 years.

Kenya now risks losing Sh5.9 billion already paid to the Israeli company that was contracted to

Taxi drivers: Lords of the underworld or innocent victims?

Attwood, first US envoy to Kenya and his book that angered Kenyatta