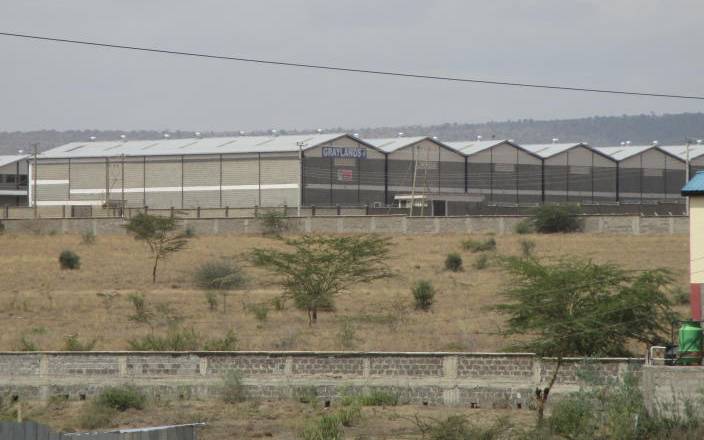 Impenetrable. That is how the high-walled warehouses wearing a crown of razor sharp electrified fence look. The thick steel gates, manned by mean looking guards armed with truncheons are meant to be inaccessible to intruders. However, behind this facade lurks ingenious crooks who have mastered how to waltz past the menacing guards to go for goods worth billions of shillings. This new breed of crooked millionaires are giving importers and manufacturers in Nairobi’s Industrial Area and along Mombasa Road nightmares. They usually strike at 2am on weekdays and in broad daylight on Sundays. Our investigations have established that the warehouse criminal enterprise in Nairobi is governed by three underworld kings and a queen.

These kingpins have invested millions to finance heists, which have left local and international investors counting huge losses. Scores have also been killed or injured. The kingpins, who have styled themselves as financiers, run a web of rogue police officers, scouts, private security guards, lorry drivers, loaders, communication experts, and lock pickers. These gangs’ only mission is to empty warehouses and sell the merchandise to shady dealers across the country. Irresistible offer The enticement starts with a greeting. A scout strolling around a potential target makes contact with a guard and initiates some friendship, which is oiled by tokens of Sh100 for tea or credit. Once the bait has been taken, the guard is given an irresistible offer to spy on his employer and colleagues. To sweeten the Judas’s role, the guard is offered Sh50,000 and promised as much as Sh500,000 once the deal goes through.

As the guard warms up to the spy, he gives away vital information about the security of the premises he is guarding, the number of colleagues on duty at night, the location of CCTV cameras. Of utmost importance to the scout is whether the warehouse has external back-up security company, their routines of patrol and the alarm response mechanism and the people responsible. The guard will then supply the scout with an inventory of all goods in the store. Thus armed, the financier starts marketing the goods even before the heist. He even negotiates the price and offers generous ‘discounts’ to dealers ready to sell the ‘hot’ merchandise at discounted rates compared to prevailing market rates. Our sources indicate that a 32-inch TV set retailing at Sh25,000 on Luthuli Avenue, Nairobi, will be sold at Sh10,000. Once the price for the item has been set, the attack is arranged. The financier now looks for a hit squad, led by a hit man who will be linked to the Judas guard. The guard gives out a situation report, indicating the salient features and positions of other guards.

In the event there is an alarm installed by a security company, the person in charge of the alarm is identified and bought off. “It takes a down payment of Sh100,000 to have an alarm system tampered with two or three days before the robbery occurs. The person in charge of alarms is promised a further Sh150,000 by the financier once the mission is accomplished,” explains Steve Odera, a private investigator. Odera, also the vice chair of Independent Private Investigators Association, says warehouse theft is an intricate and elaborate affair. Our investigations found that long before they raid, a broker will have hired a number of trucks from Wakulima market. The drivers, mostly Ugandans because they are considered too trusting, are just told they will ferry cargo but that the specifics will be given by the owner. Ordinarily, sources say a down payment of at least Sh50,000 is given for a 20-ton truck.

For each warehouse hit, the broker has to look for three trucks whose drivers are paid upfront. On the D-day, the financier proceeds to the targeted warehouse in his own truck, carrying about 30 casual laboures. The loaders who are paid Sh1,000 for their two-hour operation are fetched from Mukuru Kwa Reuben, Mukuru Kaiyaba, Pipeline or Mlolongo. A clearing and forwarding agent, James Mwai, will never forget the day his warehouse was raided in October last year. “They came in lorries. In one lorry, there were about 30 men. The robbers tied up all the guards and then opened the stores and started packing shoes into the lorries,” says Mwai. The robbery occurred at 2am and was timed to coincide with the change of shift when four guards from a reputable security firm were handing over to a new team. On that day, there was a blackout and as the gate to the godown in Embakasi was opened to let in the incoming team, the uninvited guests stormed in. When workers in a nearby plastic tank factory heard the commotion and went to investigate, they fell into a trap. “They later told us that they found an armed police officer guarding the entrance of our warehouse. The officer who had a radio set ordered the factory workers to lie down. They lost money and phones. Some were beaten up,” Mwai says. Facilitate police The robbers carted away an assortment of shoes and electronics worth Sh52 million. When the owners reported the matter to the police, they were first asked to facilitate the police with fuel but no investigations were carried out. On the afternoon of Sunday February 25, three policemen were arrested alongside five other suspects after they were linked to a botched robbery of Philips East Africa Limited godown in Industrial Area. The arrested officers were from Tassia Police Post in Embakasi, and Marich Police Station in West Pokot. The suspects were intercepted by Industrial Area Police Station OCS Henry Kandie who was leading an undercover team. When they were confronted, the officers reportedly waved a police pocket phone and said they were law enforcers.