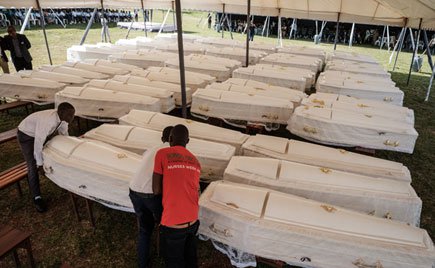 Mourners sobbed as 81 white coffins containing the remains of 84,437 victims of the 1994 mass

Ebola: Uganda at risk as Congo flares up

Over April alone, local health authorities in these areas report that over 60,000 people were