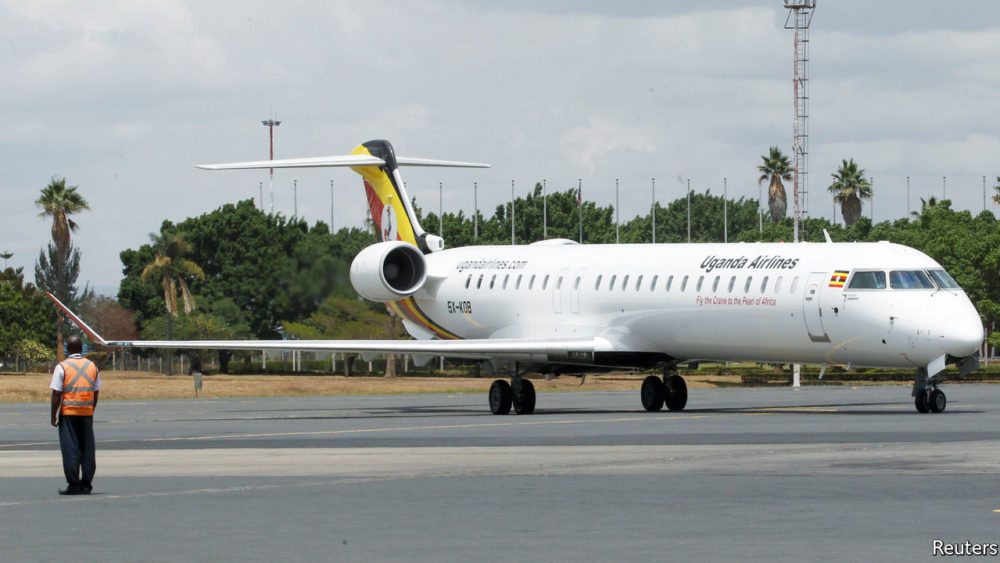 Uganda is the latest African country to revive its national airline

Most lose money, so why are governments keen on them? 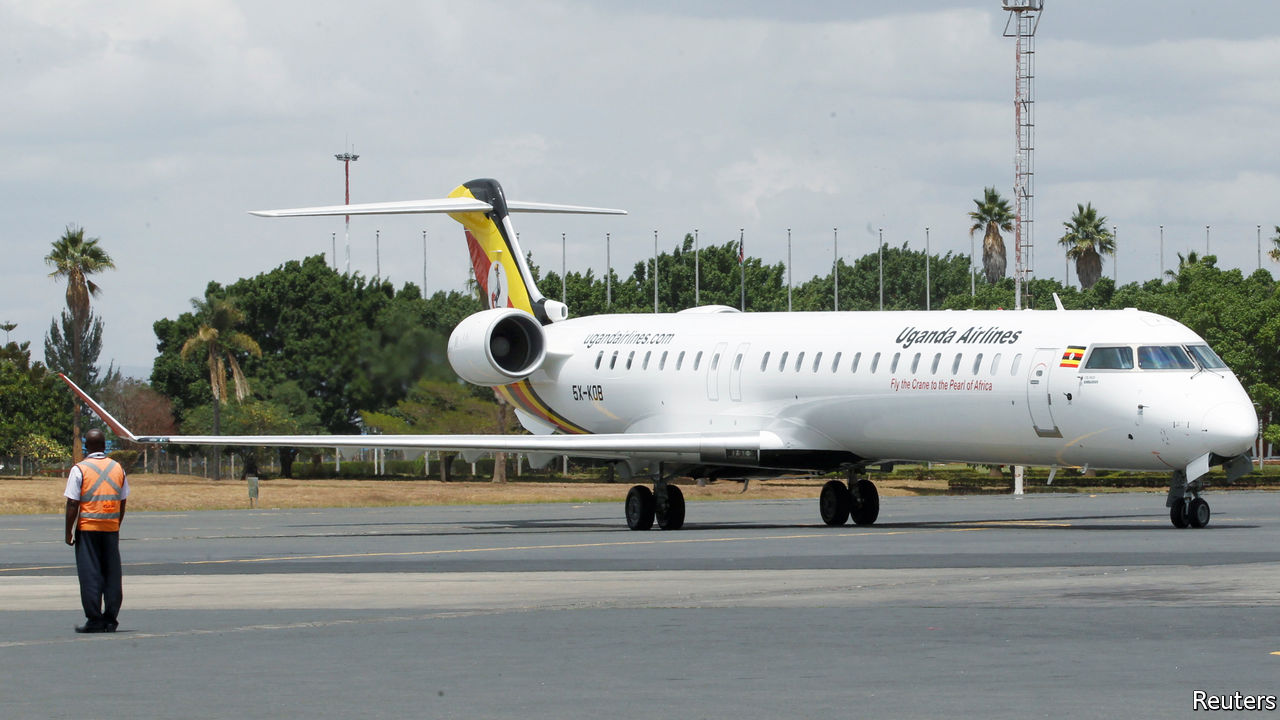 AN AIRLINE IS a way of showcasing a people, says Jenifer Bamuturaki, commercial director of Uganda Airlines, which made its first commercial flight on August 28th. Passengers can tuck into katogo, a popular banana dish, served with a warm Ugandan welcome. The airline will soon fly to seven regional destinations, such as Nairobi and Mogadishu, on four 76-seater planes. It has also placed orders for two wide-body Airbus A330-800s, which could one day reach London and Guangzhou.

Uganda has had a national airline before. It started out shipping whisky for President Idi Amin in the 1970s and collapsed in 2001. Now Uganda is returning to the air, and it is not alone. Neighbouring Tanzania, which is reviving its national carrier, has bought eight new planes and is considering flights to London. Ethiopian Airlines, the regional leader, is entering into joint ventures across the continent: it helped resurrect Chad’s national airline last year and has plans to do the same in Ghana and Zambia. In the past decade new airlines have taken to the skies in countries such as Senegal and Ivory Coast.

Get our daily newsletter

Upgrade your inbox and get our Daily Dispatch and Editor's Picks.

African governments are not in it for the money. The International Air Transport Association (IATA), a trade group, forecasts that carriers on the continent will lose $300m this year, or $3.51 per passenger. Planes fly with more empty seats than in any other region of the world. High taxes, expensive fuel and old aircraft add to costs. South African Airways survives on government bail-outs. In July Kenya’s parliament voted to fully nationalise Kenya Airways as part of a plan to rescue it from debt.

Joseph Muvawala, who heads the National Planning Authority in Uganda, says that governments see airlines as an investment in infrastructure. Technocrats hope that Uganda’s new airline will boost exports of fish and cut flowers, while pulling in tourist dollars, and will drive down high ticket prices on routes served by established carriers. Even if the airlines are unprofitable, the argument goes, the economy will gain.

Such is the theory. In practice, airlines are bound up with ideas of national prestige. They stir a fuzzy feeling of patriotism in middle-class flyers (who get less excited about, say, rural roads). They can also become targets for political meddling. Some governments are pushing ahead with state-owned carriers even where the market is well served by private players, notes Raphael Kuuchi of IATA. Ghana’s politicians are talking of a new airline, even though a private operator flies to seven destinations from Accra.

Only in Ethiopia has a national airline been an undoubted success. Managers have been left to get on with their jobs, even though the business is state-run. By joining up with Ethiopian Airlines, governments elsewhere hope to learn from its expertise. But they cannot import its other advantages, such as Ethiopia’s strategic location as a gateway for Asian traffic. As Ethiopian Airlines spreads its wings, ever more journeys will be funnelled through Addis Ababa airport, which already welcomes more than 10m passengers a year.

The gleaming ranks of planes on the tarmac in Addis Ababa embody the dream of national carriers—and hint at a future which transcends them. The most efficient way to connect Africa is through a handful of regional hubs; the fastest way to increase flight numbers is by opening national markets to continental competition. Big players like Ethiopian Airlines are the obvious winners from that process, leaving little room for minnows.

Yet patriotic illusions persist. The Ugandan government is protecting its infant airline and has not signed up to the Single African Air Transport Market, which would liberalise regional aviation. Even the president says the ideal option would be to create an “East African Airways” with neighbouring countries. Politics stops that idea from taking off. ■