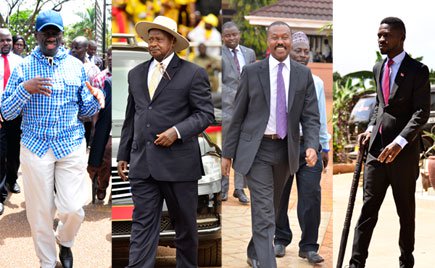 President Museveni, 74, who will be seeking his sixth elective term, is set to take his tally to

Relief as rain puts out part of Mt Kenya fires