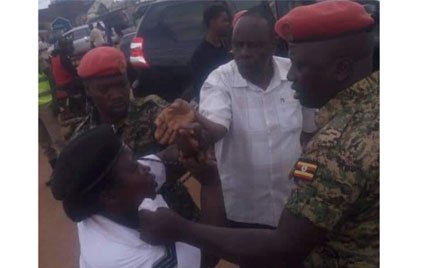 Kampala. Rwanda has responded and branded the Uganda government accusations of an economic war as “diversionary” instead of addressing the issues “repeatedly” raised by the Rwandan authorities.
On Wednesday, Uganda’s Foreign Affairs minister Sam Kutesa condemned Rwanda’s closure of the border at Katuna and described the decision as “a trade embargo on bilateral trade with Uganda.”
“Rwanda has introduced an export permit system for those that intend to export goods to Uganda. This is a technical and non-tariff barrier to trade, to which there has been no successful applicant. In effect, this is a trade embargo on bilateral trade with Uganda,” Mr Kutesa stated.
He added that the Rwandan authorities are only allowing Ugandan cargo trucks transiting through Rwanda to DR Congo and other places.
In response yesterday, Rwanda’s ministry of foreign affairs and international Cooperation issued a statement published in the New Times, a Rwandan state-owned newspaper, saying Uganda did not address the outstanding issues raised by Kigali particularly the alleged arrest and persecution of Rwandans in Uganda and supporting Rwandan dissident groups by some government officials in Kampala.
“These are the fundamental issues that need to be addressed. Claims that Rwanda has instituted a trade embargo on Uganda are as untrue as they are diversionary,” Rwanda said in the statement.
Kigali claims that dissidents hostile to their government have cells in Uganda and Rwandan citizens are being arrested, persecuted and tortured by Ugandan security agencies.
Uganda has persistently dismissed the allegations as “lies” and said Rwandans are free to come to Uganda but they must abide by the country’s laws.
Following the diplomatic tension between the two countries, Rwanda has prohibited exports from Uganda by closing the border at Katuna about three weeks ago, a decision that has been condemned by the East African Community Secretary General, Dr Libérat Mfumukeko and Kenya’s Deputy President William Ruto.
At the closing of the Africa Now Summit 2019 in Kampala on Wednesday, President Museveni said in his speech that cross-border restrictions on free movement of goods and services are suicidal for Africa’s economic transformation because they limit access to markets. He asked the African leaders to remove such barriers.
Mr Museveni cited an incident in 1986, when he had captured power, and said that because of trade imbalance between Uganda and Kenya, his colleagues in government wanted Uganda to block Kenyan goods from entering the country.
“In 1986, Kenya was exporting to Uganda goods worth $200 million. Uganda was only exporting to Kenya goods worth $12 million. Some of the Ugandan leaders started talking of blocking Kenyan goods. I rejected that line because it is suicidal for Africa,” he said.

Museveni concerns
President Museveni’s speech, tilted, “Tackling Inter-trade barriers’ looked at how African countries should work together through integrated markets. Mr Museveni said the only way to safeguard the prosperity for Africans is through having big markets.
He said if African leaders recognise the importance of strong and big markets, there will be no bottlenecks to free movement of goods and services.
“Once we know this, then we must accept the free movement of goods and services by removing taxes (tariffs) and non-tariff barriers (border restrictions, road-blocks on trade routes, complicated licensing procedures, etc). It is only when the goods produced by the factories access big markets that they [producers] can make profits,” he added.

However, the police spokesman, Mr Fred Enanga says that the DPP has sent the file back to police

I’ll lead Uganda into 2021 and beyond- Museveni