Blog
SIMPET GROUP / Uncategorized / What should be done to make oil a blessing, not curse for Kenyans
Sep 03 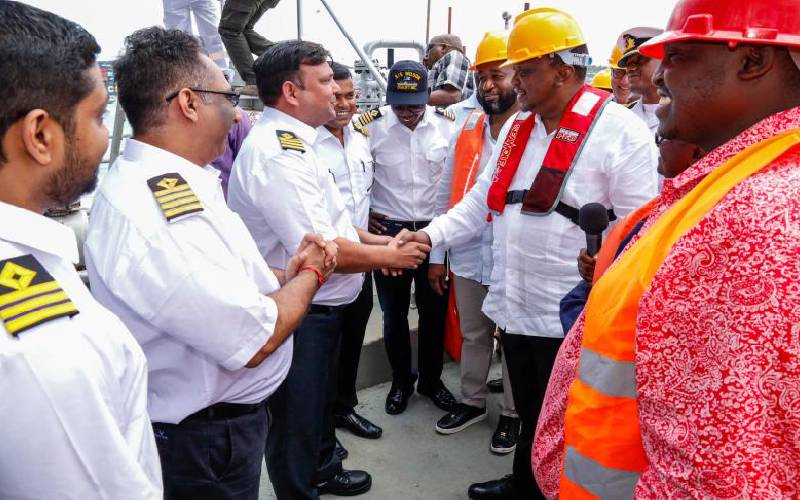 What should be done to make oil a blessing, not curse for Kenyans

What should be done to make oil a blessing, not curse for Kenyans

President Kenyatta flagged off Kenya’s first oil export last week. This came with very high expectations that Kenya would become the next Kuwait. The first shipment brought in Sh1.2 billion. Kenya has an estimated 750 million barrels of oil reserves. At current price of $60 per barrel, a daily production of 80,000 barrels translates to Sh500 million per day, or Sh182 billion per year. To put that into perspective, the money can fund 100,000 social houses and create a revolving fund. This is not money that we were expecting or planned for, it’s a bonus. We can either go on holiday with the bonus or start serious investment with it. If we get it wrong, it will have disastrous consequences. If we get it right, it will benefit us for generations to come. Our greatest risk is what economists call a ‘resource curse’. Many countries rich in natural resources end up as basket cases. Look at Nigeria, Angola, Equatorial Guinea, Sierra Leone and Congo. Libya’s civil war is largely caused by fight for control of oil revenues. Prof Michael Porter who initiated the concept of national competitive advantage noted that countries endowed with valuable natural resources like oil, gas, gold, diamonds and other national resources actually performed worse than those that didn’t have such resources. The main reason resource-rich countries drift into problems is theft. Let us not call it corruption or give it any other fancy term. Nigeria and Angola are classic examples. When I first went to Angola, I expected to see an African version of modern Dubai. Nothing. The IMF noted that between 1997 and 2002, $4.2 billion disappeared into thin air. The entire budget for Angola’s social services, medical, education and other social services was $4.27 billion.

When I studied the balance sheets of the banks in Angola, the numbers did not match with the funds that were supposed to come from oil revenues. In short, Angola’s money didn’t come back home. The Central Bank was not even involved. The chairperson of Sonangol, its oil company, was the president’s daughter who later became the richest woman in Africa. Congo had its own kleptomaniac called Mobutu Sese Seko who bankrupted the richest country in Africa. We must never assume it cannot happen in Kenya. This does not, however, mean that oil is automatically a curse. The United States, Canada, Australia and Norway grew rich on resources. There are some major issues that need to be implemented immediately. First, Parliament must impose checks and balances. Ghana sets an example with the Petroleum Revenue Management Act. This is a framework for the collection, allocation and management of oil resources in a transparent, responsible, accountable and sustainable manner. They imposed parameters for accountability. Ghana uses Extractive Industry Transparency Initiative which demands reliable and timely information on its oil resources. No wonder Ghana’s money is not totally lost like in Angola or Nigeria. Our Parliament must act on this immediately. Second, the oil industry will create thousands of jobs. Our training institutions must start preparing our youth for those jobs. The oil industry must be compelled to create training facilities, otherwise we will have Filipinos coming to take up these jobs. Third, massive business opportunities will emerge from the oil industry. We must compel the oil companies to do joint ventures with local companies. All business conglomerates in the Gulf started as oil field services suppliers to the oil companies. Political appointees Fourth, we must resist populist policies like offering the public free goodies. Iran and Venezuela are classic examples where politicians started giving subsidies which cost a lot and when oil prices collapsed, the state could not fund its budget. Venezuela went from being one of the richest countries in Latin America to being a basket case. We must manage public expectations. There is no free lunch. Fifth, oil must be managed by professionals and not political appointees. Kenya has done well. The deft handling on the pricing of the first cargo sets an excellent benchmark for the future pricing of Kenya’s crude. Kenyans should be wary if they see political appointees in oil managemet slots – they’d be poised to steal. Sixth, the country must set up a stabilisation fund. Oil prices fluctuate widely. I have seen oil at $130 and at $10 a barrel. When we start budgeting at $130 and prices drop 50 per cent in one year, then we would have a problem. Finally, the Press must stay vigilant and protect the public. However, you cannot write if you are not well informed. I urge the journalists to read ‘Covering Oil: A Reporters Guide to Energy and Development’. It’s a free study available on the Internet. Mr Shahbal is Chairman of Gulf Group of Companies [email protected]

We are undertaking a survey to help us improve our content for you. This will only take 1 minute of your time, please give us your feedback by clicking HERE. All responses will be confidential.