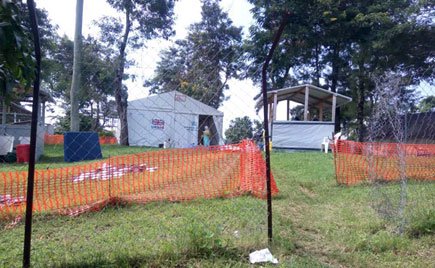 What to make of Museveni’s State-of-the-Nation address

In fulfilment of the constitutional requirement under Article 101(1) of the Constitution of the Republic of Uganda, President Yoweri Museveni delivered the 2019 State-of-the-Nation address on June 6 at the Uganda International Conference Centre, Serena Kampala Hotel.
In Matthew 13: 10-11, Jesus’ disciples came and said to Him: “Why do you use parables when you speak to the crowds?” Jesus replied: “Because they haven’t received the secrets of the kingdom of heaven, but you have.” In the same vein, I like the way President Museveni talked about June 6 in the State-of-the- Nation address.

If one may ask, does June 6, 2019 State-of-the-Nation address give middle aged Ugandans hope that Uganda will be a middle-income country in their lifetime? It may not be easy to tell whether every district in Uganda has had some positive transformation in the last 12 months, but the general consensus is that since 1986, every part of Uganda has had reasonable transformation. So, let us commend President Museveni for the transformation of Uganda in the last 33 years.
On security, the President stated the government’s priority as professionalising and modernising Uganda People’s Defense Force (UPDF) and building the Uganda Police Force (UPF) capabilities. As a country, we need to devise strategies that are going to keep all Ugandans secure, especially those that are far away from police stations/posts. More effort should be put in building capacity among the population to enable them take charge of their day to day security.
It is true that between 1986 and 2015, Uganda’s economy grew at an annual average rate of 6.92 per cent while the per capita income grew at an annual average rate of 3.6 per cent over the same period. In this same period, Uganda’s population grew at a rate 3.3 per cent per annum. Uganda has ambitious plans of reaching middle income status by 2020 but this won’t be possible. Uganda needs to put in place measures to control the population growth.

Rightly so, the government is focusing on increasing agricultural production and productivity along the agricultural value chain as more than 70 per cent of Ugandans are employed in the agriculture sector. However, this is heavily constrained by high cost of doing business and land fragmentation, which makes mechanisation impossible. The country needs a land use and management policy.

Besides, capitalising Uganda Development Bank (UDB) and guaranteeing loans for small and Medium enterprises (SMEs) with regional and international banks is welcome, but the government needs to focus on addressing issues such as making it hard for many Ugandans to access loans from the local commercial banks, and that lead to high interest rates being charged by local commercial banks.

It is good for government to focus on strengthening regional trade and intra-African trade. In FY 2018/19, export revenue amounted to $7.012 billion and the import bill stood at $8.8 billion creating a deficit of $1.86 billion. The government needs to negotiate favourable trade agreements with countries that import most of our exports, especially through air transport.
For instance, if a cargo plane is going to fly to Entebbe from London almost empty to carry cargo from Entebbe to London, then the cost of exporting goods to London is going to be high and this will end up making Ugandan exports less competitive.

The President states that the government is focusing on improving labour productivity through skills development tailored to labour market demands. This is good. When I was growing up, I was made to understand that there was coffee for export, which was of very high quality and coffee for local consumption, which was associated with low quality.
The State-of-the-Nation address focused on mass production of human resources. There is need to see deliberate efforts to produce human resources of international standing locally. India and China attracted foreign companies as a result of having a pool of high skilled and competitive labour force desired by the foreign companies.

It is a welcome move for government to focus on reducing the high cost of doing business by investing in infrastructure. Our worry as a country should be on the quality of these roads and dams as quality gives a pointer to the associated maintenance costs. However, it is also very critical that the government focuses on the ease of doing business.
According to World Bank Doing Business Report 2019, in the East African bloc, Rwanda is the best performing country at 29th position in the ease of doing business ranking, followed by Kenya at number 61, Uganda 127, Tanzania 144, Burundi 168 and South Sudan at 185.

Uganda should also focus on addressing the identified risks of doing business in the “World Economic Forum Regional Risks for Doing Business Report 2018,’’ lists global 10 top risks for doing business are: Unemployment and underemployment; failure of national governance; energy price shock; Fiscal crises; and cyber-attacks. Others are profound social instability; failure of financial mechanism or institution; failure of critical infrastructure; failure of regional and global governance; and terrorist attacks.
Lastly, the President in the State-of-the-Nation address mentions four sectors for jobs and wealth creation as commercial agriculture, industries, services and ICT. I look forward to seeing a detailed handbook by President Museveni that lays down how jobs and wealth will be created in these sectors for Ugandans.
Prof Baryamureeba is a former presidential candidate.

WHO convenes emergency meeting after Ebola spreads to Uganda