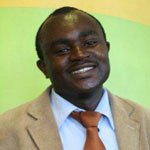 Kenya has signed three more trade agreements with China with a view to unlocking billions of shillings to fund phase two of the Standard Gauge Railway.

On his third visit to China in just eight months, President Uhuru Kenyatta and his host Xi Jinping Thursday witnessed the signing of three key agreements that will, on the surface, open up markets and training opportunities, but whose strings are also attached to infrastructure development.

Trade Cabinet Secretary Peter Munya and Chinese foreign minister Wang Yi put pen to paper at the Chinese Great Hall of the People in Beijing to seal deals on economic and technical cooperation and the protocol on sanitary requirements to allow Nairobi to export hass avocados.

Nairobi also agreed on an MoU on joint promotion of the economic and trade measures of the eight key initiatives under the Forum on China-Africa Cooperation (FOCAC), a three-yearly conference organised by Beijing to leverage its influence on the continent.

State House said in a statement that the meeting focused on FOCAC areas, adding that China has been a key player in Kenya’s economic development. The eight initiatives targeting Africa and worth Sh6 trillion are contained in President Xi Jinping’s “Socialism with Chinese Characteristics” policy. They involve industrial promotion, infrastructure connectivity, trade facilitation, green development, capacity-building, healthcare, people-to-people exchange and peace and security.

The three deals mean Beijing has signed at least 20 agreements and MoUs with Nairobi under President Uhuru Kenyatta’s tenure. Most of them touch on issues such as science, wildlife and environmental cooperation, financial settlement, infrastructure and trade improvement and are worth billions of shillings.

Thursday's deals also mean that Beijing was technically merging FOCAC with the Belt and Road Initiative (BRI), a programme meant to expand Chinese influence across the globe through trade and infrastructure development.

And, amid nagging questions on the debt burden, Kenyan officials were yesterday still lobbying for the conclusion of a financial agreement that could see Beijing release about Sh368 billion to finance Phase 2B of the Standard Gauge Railway.

The SGR falls within the Belt and Road Initiative and will open up the African hinterland once it reaches the interior and is viable. But it could be expensive for Kenya, which may have to repay a loan of more than Sh800 billion.

One solution is for Nairobi to attach the SGR to the BRI in order to get favourable loan conditions.

“The SGR has made Kenya the preferred entry point and exit route for some of our neighbouring countries and is transforming them from landlocked to coastal nations by facilitating the development of dedicated and efficient inland ports,” Transport CS James Macharia yesterday told a gathering of government officials and experts from countries tagged to the BRI.

“The SGR’s performance has exceeded our expectations. More than 2.6 million passengers have been transported since its commissioning and more than 3.6 million tons of cargo hauled,” he said. If the money is released, it could firmly put Beijing in pole position as Kenya’s biggest bilateral creditor. Kenyan officials were, however, hoping that some of the monies could come in as a grant.

The latter, however, prioritises least developed and landlocked countries.

As part of the eight initiatives, China is also to fund security assistance programmes within the BRI to “build capacity in African countries for peace and security, safeguard security of trade routes between China and Africa.”

President Xi, according to Chinese media, will seek to “strengthen cooperation with Kenya on important projects and encourage more Chinese companies to invest in Kenya”.

This is almost triple the 33 his predecessor Kibaki made in his entire ten-year reign.

Another night in cell for Evans Kidero

Roads have been washed away, fields submerged and many buildings wrecked by the storm.

IS chief Baghdadi appears for first time in 5 years