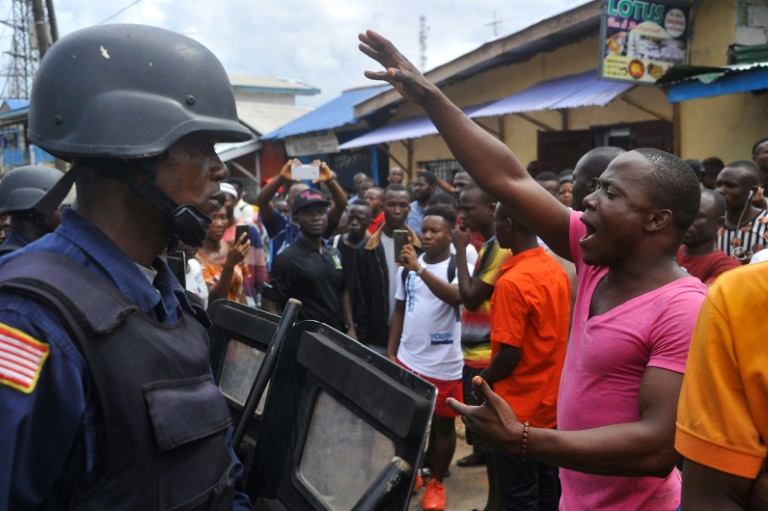 , Monrovia, Liberia, Jun 7 – Liberian President George Weah faces a key test on Friday when demonstrators take to the streets of Monrovia to protest at inflation and corruption.

The nation’s football icon is being challenged over the same issues on which he campaigned in his historic ascent to the presidency, just 18 months ago.

Thousands of demonstrators are expected in the capital of the impoverished West African state. Many Liberians are bracing for a possibly violent showdown with police or prolonged disruption.

The protest coalition, calling itself the Council of Patriots, comprises politicians, professions, students and ordinary members of the public

The UN’s special envoy to West Africa and the Sahel, Mohammed Ibn Chambas, said last month he feared the authorities did not have the means to successfully manage large-scale protests.

“The capacity of the Liberian state is still quite limited… There are serious logistics and financial challenges,” he told a local daily.

Samantha Wongbay, a 35-year-old mother-of-three, was among those on Thursday who were stocking up ahead of the demo.

“I came to the market to get some food provisions for the family for at least seven days, because the way this protest news is going we don’t know how long it will go on for,” she told AFP.

Weah, 52, is revered in Liberia and beyond for blazing a trail for African footballers in Europe.

But he is struggling to revive a country that is one of the poorest in the world and still traumatised by civil wars between 1989 and 2003 that claimed a quarter of a million lives.

Rising prices are a major source of discontent.

Amadu Sheriff, 43, a wholesaler, said the Liberian dollar’s slump against the greenback had pushed the cost of imports ever higher.

“The rate has climbed from 120 LD to 190 LD to one United States dollar today — if you urgently need the US dollars you have to offer up to 200 LD for one US dollar,” Sheriff said.

Fingers are being pointed at the past and present managers of the Central Bank of Liberia (CBL) for its handling of the currency.

Last October, rumours swirled that newly-printed Liberian dollars worth US $102 million, intended for the CBL’s reserves, had disappeared shortly after arrival from abroad.

Charles Sirleaf — the son of former president and Nobel laureate Ellen Johnson Sirleaf — was detained in March along with two other CBL figures.

An independent probe found no money was missing, but raised “concerns regarding the overall accuracy and completeness of the CBL’s internal records.”

More irregularities came come to light related to a cash injection of $25 million that Weah ordered in July 2018 to mop up excess Liberian dollars and bring inflation under control.

Last week, Weah announced the CBL’s executive executive governor, Nathaniel Patray, who was appointed last July, would retire within the next three months.

Weah says he is aware of the burden of ordinary people, and improvement to health, education and roads remain his priorities.

He maintains the country will benefit from an aid programme by the International Monetary Fund — but experts say IMF support typically comes with demands for reform and belt-tightening.

GET TOP NEWS FOR THE DAY DIRECT TO YOUR INBOX