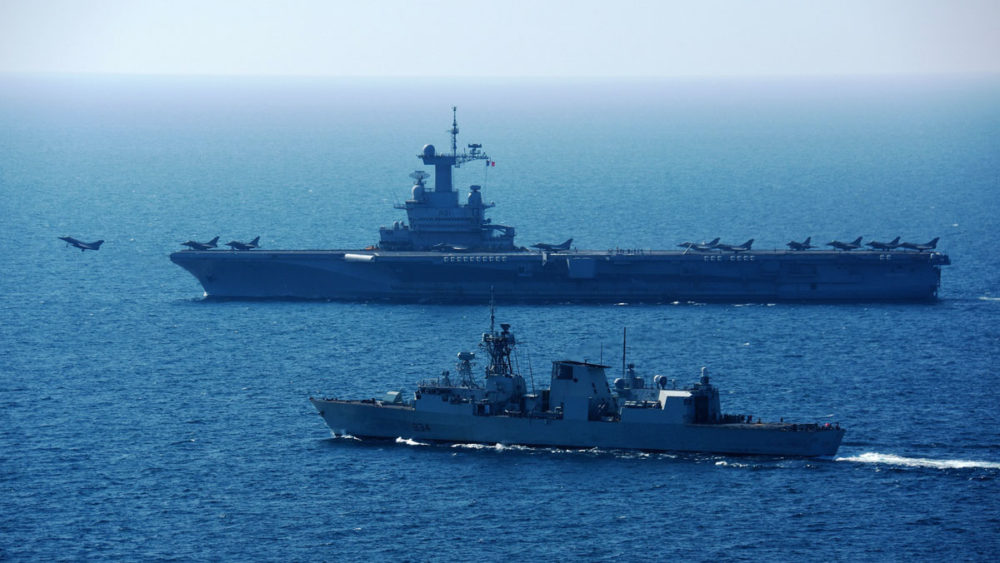 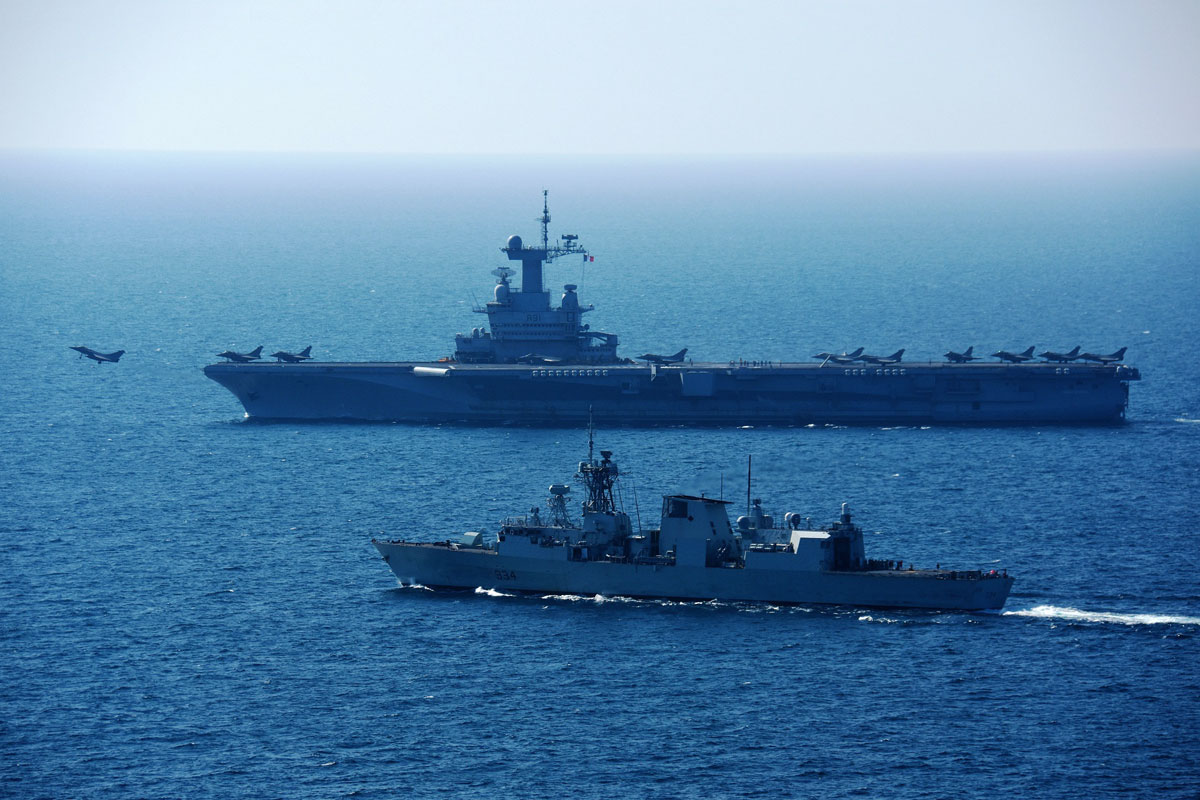 The seas are unbelievably calm at this time of year in the Arabian Sea along the “Hash Highway,” a historical shipping route through the Indian Ocean that’s been known for smuggling for centuries.

This is where HMCS Regina and Naval Replenishment Unit (NRU) Asterix have been operating for the past two months as part of Operation Artemis, the Canadian Armed Forces’ ongoing contribution to counter-terrorism and maritime security operations in the Middle East and East African waters.

The aim of the operation was to work with Combined Task Force 150, a Task Force under Combined Maritime Forces that works to deter and deny terrorist organizations any benefits from employing the high seas for smuggling illicit cargo including narcotics, UN embargoed weapons, and Somalian charcoal. Profits from drug trafficking in the region are a known source of funding for terrorists and criminal networks.

This represents a common threat to the security and prosperity of the region, further de-stabilizing regional countries. The mission also ensures the legitimate global trade that Canada and the world depend on for their respective economies can proceed without threat of terrorism and illegal activities.

Regina, along with its embarked Cyclone helicopter, Naval Tactical Operations Group, NRU Asterix, and a CP-140 Aurora aircraft joined Combined Task Force 150 at the end of March. At the time, it was the Canadian Armed Forces’ third largest operation, next to Operation Impact and Operation Reassurance, significantly increasing the CAF footprint in the Middle East and East Africa region.

For the first two weeks of Op Artemis, CAF assets were operating under the command of a Canada-led CTF 150 Task Force, supported by the Royal Australian Navy. The mission started off with a drug bust early on April 7, when Regina seized and destroyed 2,569 kg of hashish.

On April 11, Canada handed over command of CTF 150 to Pakistan, completing Canada’s fourth command of this multinational counter-terrorism Task Force.

“I’m extremely proud of the hard work and professionalism demonstrated by all Canadian Armed Forces units and members working together in the region during Operation Artemis,” said Cdr Jake French, Regina’s Commanding Officer and Op Artemis Task Force Commander. “As a team, we contributed to maritime security in the region by disrupting the use of the high seas as a passageway for illicit activities that’s used to fund terrorist and criminal networks, while supporting the free-flow of international trade and commerce in some of the world’s busiest waterways. That’s $4.7 million dollars that will not be making it into the hands of those wanting to do harm around the world.”

Throughout the two month operation, the embarked Naval Tactical Operations Group team conducted a total of 10 boardings, providing them with valuable experience in the region.

Some of these boardings were also approach and assist visits – an element of maritime security operations that help generate support and awareness amongst vessels in the region to ensure a secure maritime environment. They provide CTF 150 coalition forces face-to-face interaction with local fishermen and valuable information on patterns of life within the region, further supporting coalition goals of security and stability in the Middle East, and ensuring the free flow of legitimate trade and commerce.

NRU Asterix also saw a significant amount of interoperability by conducting replenishments at sea (RAS) with the French, Dutch, and Spanish, demonstrating Asterix’s abilities to support our partners and allies.

As Regina and NRU Asterix sail east out of the Middle East, they will resume Operation Projection, working with partner navies and conducting key leader engagements to enhance military cooperation and partnerships in support of Canada’s diplomatic efforts in the Asia-Pacific region. The ships return to their homeport of Esquimalt, BC, in August 2019 after a six-month long deployment.

About the Author: The Lookout Newspaper can trace its history back to April 1943 when CFB Esquimalt’s first newspaper was published. Since then, Lookout has grown into the award winning source for Pacific Navy News. Leading the way towards interactive social media reach, we are a community resource newspaper growing a world wide audience.